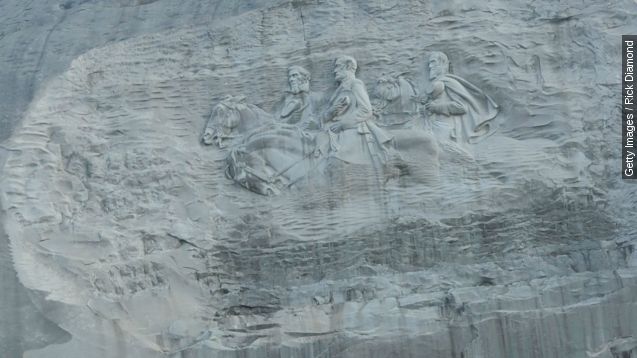 SMS
Confederate Monument May Make Room for MLK Tribute
By Kaileen Gaul
By Kaileen Gaul
October 12, 2015
Georgia's Stone Mountain might be getting an unexpected addition to the Confederate monument. Not everyone is happy about the proposed change.
SHOW TRANSCRIPT

But the park may be getting an unexpected addition: a tower to honor Martin Luther King Jr.

It would be a replica of the Liberty Bell as a representation of the line "let freedom ring" from King's "I Have a Dream" speech. (Video U.S. National Park Service)

The chief executive officer of the Stone Mountain Memorial Association said, “We think it’s a great addition to the historical offerings we have here.”

The association hasn't taken any formal action, but the Georgia chapter of the Sons of Confederate Veterans is not happy.

It said in a press release the face of the mountain was leased to United Daughters of the Confederacy in 1916 to make a "carved memorial to the Confederacy."