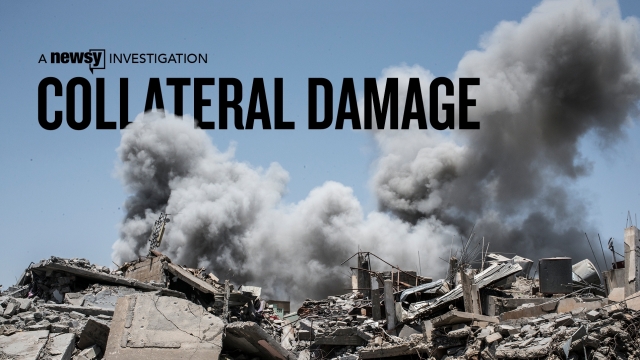 A compensation program designed to head off radicalization and aid civilians who are unintentionally harmed by U.S. military operations remains stalled in the war against ISIS in Iraq and Syria, according to data released to Newsy by the Department of Defense.

The use of the program dropped off in Iraq when U.S. troops withdrew in 2011. But it remains nearly nonexistent, even though military officials acknowledge the U.S. is responsible for scores of accidental civilian deaths, injuries and property damage in Iraq and Syria since the operation to topple ISIS began in 2014.

Dr. Tariq Al-Qassar, a political science professor at the University of Mosul in northern Iraq, believes an airstrike destroyed his home on May 17, 2017, although he said he doesn't know if it was carried out by the U.S. or a member of the U.S. coalition.

Al-Qassar told Newsy that he and his family stayed in their home even after ISIS took control of Mosul in 2014. He said that ISIS fighters forced their way inside on that day in May, scrambling to the roof to shoot at Iraqi soldiers below. Al-Qassar's family, along with dozens of neighbors and their children, fled to a makeshift bunker in the basement. About 10 minutes after they took cover, he said, a bomb dropped.

“Everything in the house immediately turned to dust,” Al-Qassar said. “We managed to make a small hole [near the] door, and we were able to go out through it after the soldiers came, four days after the bombings.” 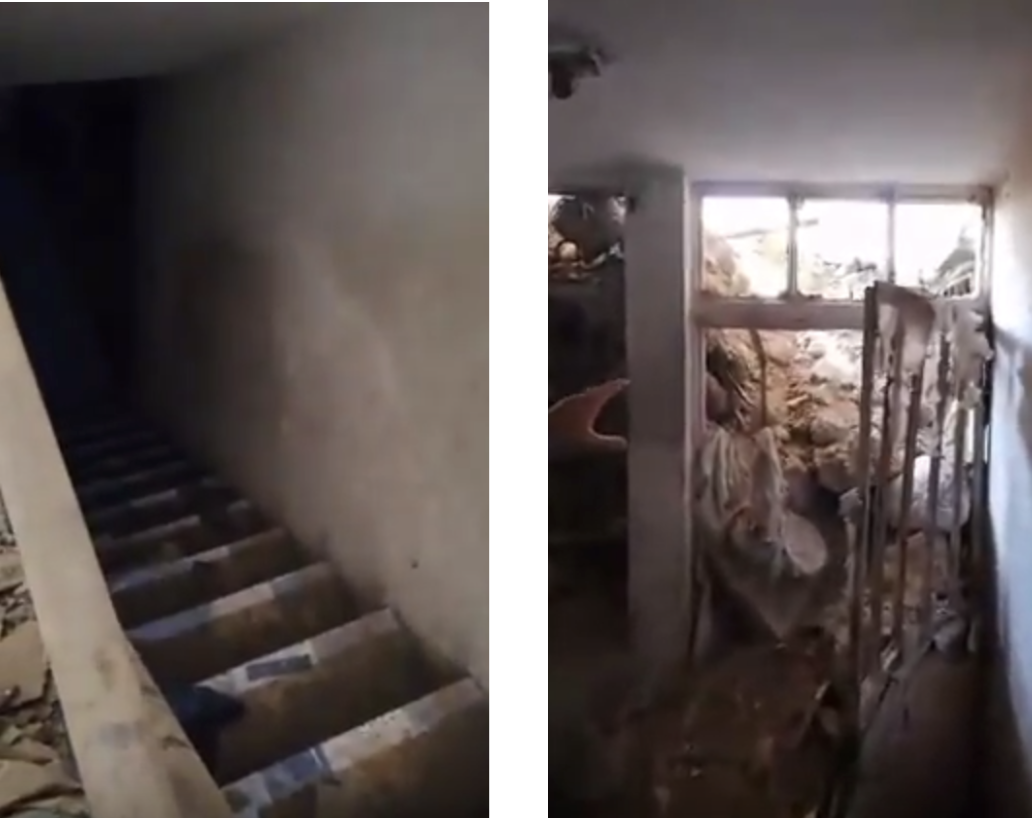 Dr. Al-Qassar, his family, and 23 of their neighbors hid in Al-Qassar's basement just before the bomb hit his home. (Dr. Tariq Al-Qassar)

Defense officials could not confirm whether the U.S. struck Al-Qassar’s home, but they did report that on the day his house was destroyed, the U.S.-led coalition carried out six airstrikes near Mosul that destroyed eight ISIS fighting positions. And, on that same day, Iraqi forces were in their final push to retake Western Mosul, including Al-Qassar’s neighborhood, Al-Rifai, according to media reports.

Every member of Al-Qassar’s family survived, but today — more than two years later —  he said he still can’t afford to rebuild.

In the past, commanders would sometimes authorize nominal monetary payments called “condolence payments” following similar incidents. The program dates back to the Korean War, and Congress allocates money every year that commanders can use for the payments. The program offers small reimbursements to civilians following unintentional suffering and damage caused by U.S. forces. Defense officials and Congress often call them ex gratia payments, meaning “from grace.”

“A military commander has a responsibility to minimize suffering in the areas where he fights,” retired Col. David Des Roches told Newsy.

Des Roches said U.S. military commanders have significant discretion over when and how much to pay. The payments are not meant to make someone whole for a loss — just soften the blow, he said.

Department of Defense records show typical payments over the years include $50 to repair a damaged doorway or $2,500 following the death of a loved one. According to the department, the payments are not an admission of wrongdoing but rather an expression of sympathy for a person’s loss.

In addition to their humanitarian value, condolence payments can offer a key strategic benefit by helping to combat radicalization, Des Roches said.

“If you don't do it, then of course you get the allegations of arrogance of not caring,” he said. “The insurgents' message, particularly if you have American forces involved, is ‘Hey, here come foreigners, they speak a different language. They have a different religion. Everything about them is bad.’”

Des Roches played a key role in writing NATO’s counterinsurgency manual in 2017. In his teaching he often references the FBI’s model of the radicalization process. He said the idea with condolence payments is simple: Stop people from moving down the path from pre-radicalization — when someone has a valid gripe against the U.S. — to “identification” with a cause, to “indoctrination” and eventually “action” in the form of terrorism. 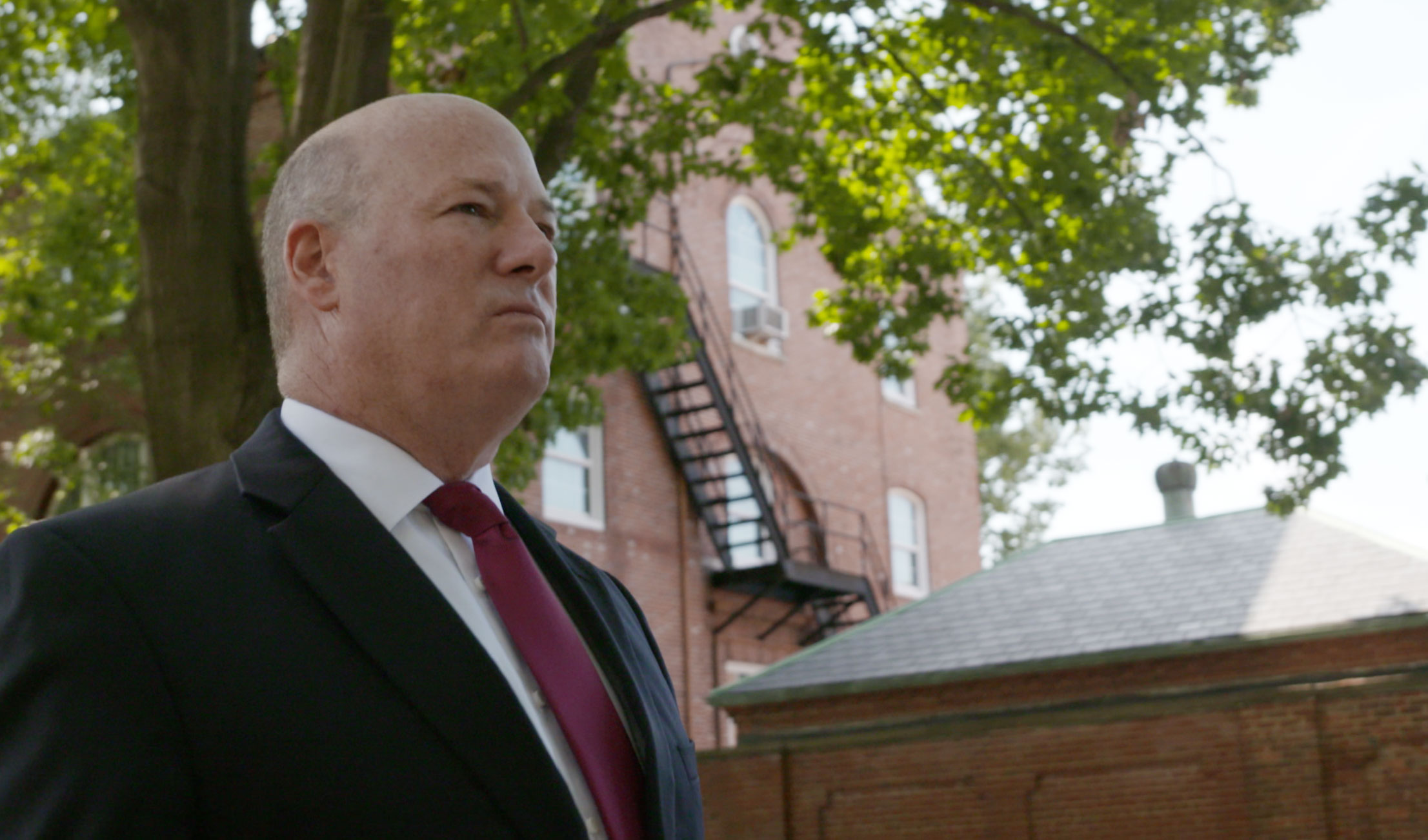 Des Roches is an expert in counterinsurgency and a professor at the Near East South Asia Center for Strategic Studies. (Matt Anzur / Newsy)

“For a person to become an insurgent or a terrorist, they make it through all four stages,”  Des Roches said. “You want to minimize the population of aggrieved people who become pre-radicalized.” He said prompt, face-to-face action by commanders to address grievances is one of the most effective ways to stop people from advancing down the path to becoming a radical.

Even though the payments are often small compared to someone’s loss, Des Roches said, they can still be effective because the gesture helps humanize U.S. soldiers and defuse anger.

Des Roches had that psychology in mind when he served as a soldier in Afghanistan in the early 2000s. It was his job to reach out to civilians, sometimes moments after the U.S. military action mistakenly destroyed their home or killed a loved one. He said sometimes that meant offering cash payments, but other times it meant getting resourceful. 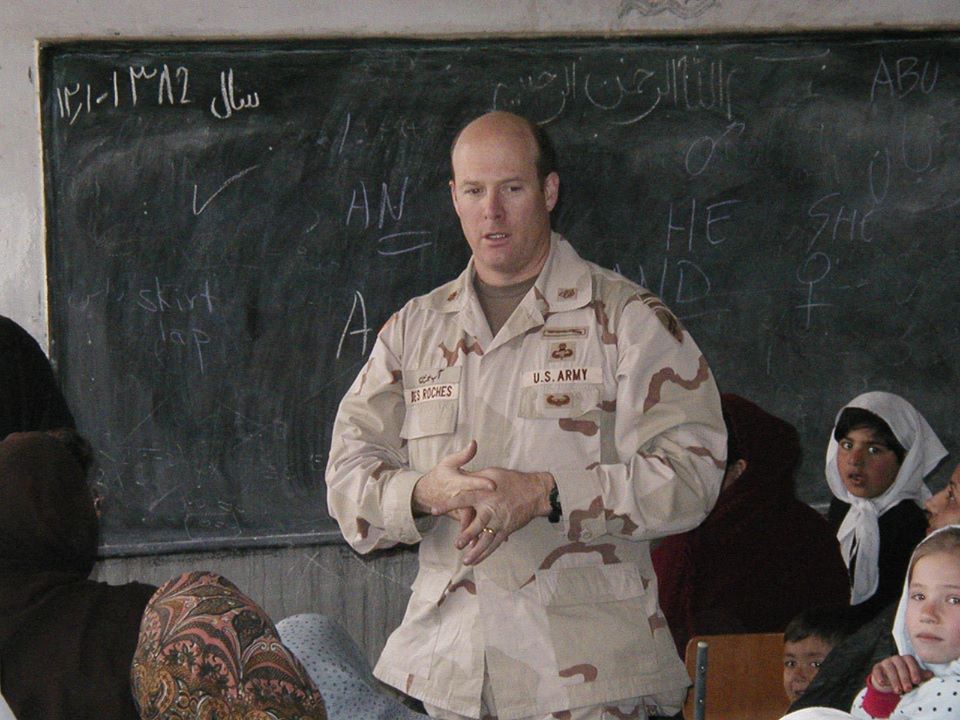 “If we had the ability, sometimes money, sometimes things like sugar, flour, just bulk food supplies,” he said. “We realized that you can't make things better. You can't make them whole, but you could kind of mitigate the damage.”

But the records the Department of Defense released to Newsy show that condolence payments for civilians in the fight against ISIS have dwindled to almost nothing.

In Syria, defense officials confirmed they do not have a record of a single condolence payment made by the U.S. dating back to the beginning of the operation there in 2014.

That’s the case even as the Pentagon reports the U.S. is more than likely to blame for hundreds of civilian deaths and injuries in those countries.

In fact, more than 1,300 civilians were “unintentionally killed” by U.S-led coalition operations in Iraq and Syria since August 2014, according to the U.S. military’s own reports. Monitoring groups such as Airwars say the Pentagon estimate severely undercounts the real toll, and it puts the number of civilians killed at at least six times the U.S. estimate.

In a first-of-its-kind report, the Pentagon acknowledges the deaths include “those for whom an expression of sympathy or condolences would be appropriate.”

But in that same report, they explain that the military’s shift to fighting mostly from the air has made programs like condolence payments more difficult.

“Unlike counterinsurgency operations in Iraq before 2011 or in Afghanistan a few years ago, U.S. forces did not have widespread, day-to-day interaction with the local population in Syria and Iraq during those strikes,” the report explains.

The military has continued to use condolence payments as a tool in other areas. In fact, records show it has made $1.6 million in payments to Afghan civilians in the past three fiscal years.

“The U.S. should have a consistent policy on that,” said Sahr Muhammedally of the Center for Civilians in Conflict, or  CIVIC. “It should not be ad hoc because why should civilians in one country be prioritized for condolence payments and other innocent civilians in other countries not. And that creates this imbalance.”

Commander Candice Tresch, a spokesperson for the Department of Defense, told Newsy that commanders have discretion over whether to make a payment, and it is not a one-size-fits-all tool.

When asked what those “other paths” are, Tresch referred Newsy to U.S. Central Command, which did not return multiple calls by the time of publication. 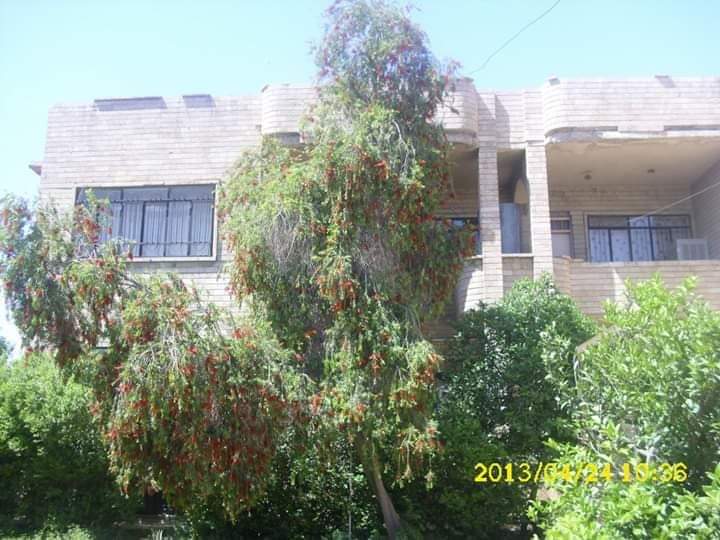 In the year Al-Qassar’s home was destroyed, the U.S. recorded more than 2,000 airstrikes in Iraq alone, which makes up only a small portion of more than 30,000 estimated strikes on Iraq and Syria since 2014, when the United States began its battle against ISIS. 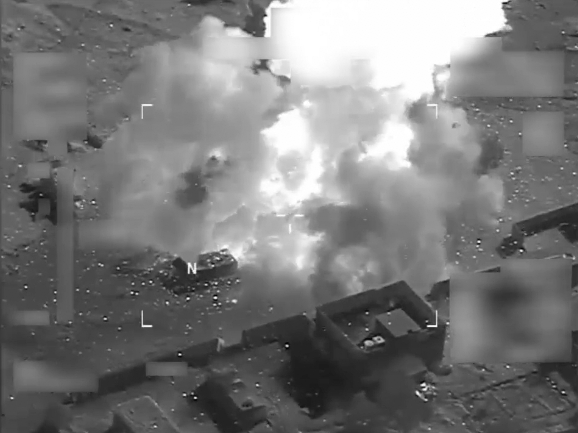 The U.S.-led coalition performs an airstrike on Mosul in January 2017. (Department of Defense)

Muhammedally said the U.S. should also do more to study why civilians continue to be harmed in airstrikes and to continue to sharpen efforts to protect them from harm before it happens.

“I think acknowledging civilian harm is very important,” Muhammedally said. “But then, what do you do with that acknowledgment? It's really important to learn to change the tactics, to use better weapons so that you don't cause that harm to happen in the first place."

A December press release from the DOD addressed the civilian toll in the fight against ISIS, saying: “We follow a rigid targeting process for all of our strikes to ensure strict adherence to the Law of Armed Conflict while attempting to avoid collateral damage.”

In Mosul, Al-Qassar has since applied for help to rebuild his home under the Iraqi government’s compensation law but said that so far no country has offered anyone in his neighborhood a condolence payment. 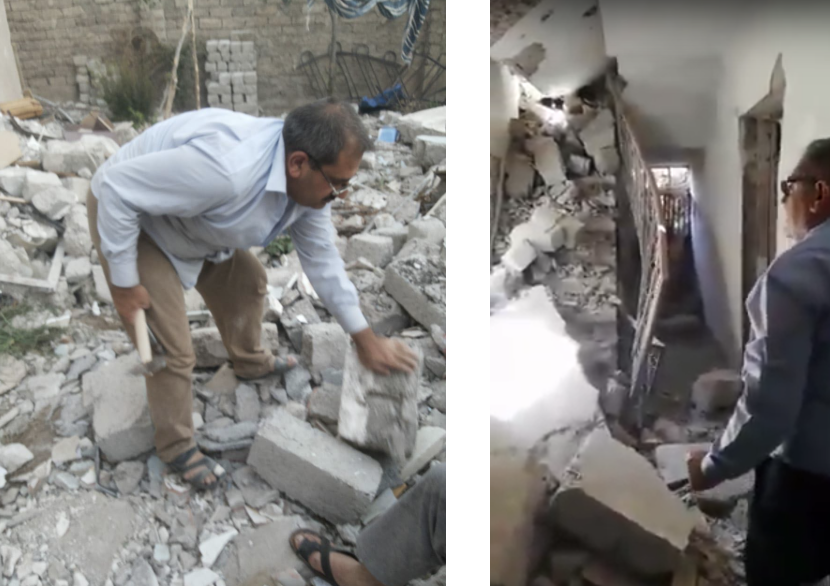 Dr. Al-Qassar revisits the rubble of his home in Mosul. (Dr. Tariq Al-Qassar)

“We couldn't do anything because the restoration process for civilians is quite ineffective,” he said.

For 2019, the U.S. military is currently reviewing reports of more than 300 civilians killed in eleven incidents in Syria. The number of condolence payments made in Syria this year remains at zero.