Condoleezza Rice 'Not Interested' In Being Donald Trump's Running Mate 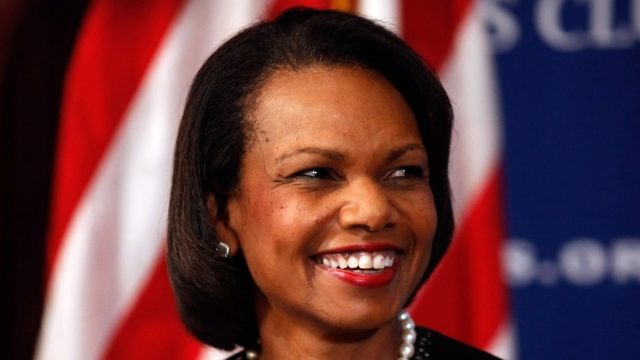 Rice has said "no" to campaigns in the past, but there may be more to this denial.

It looks like former Secretary of State Condoleezza Rice has no interest in being Donald Trump's potential vice president.

While Rice herself hasn't publicly rejected the potential position, her chief of staff told Yahoo: "Dr. Rice has repeatedly said in past cycles as well as this one, she’s not interested in being vice president. She’s happy at Stanford and plans to stay."

Rice currently works as a political science professor at Stanford University. She left public office in 2009 but has been featured in several campaigns' talks about potential running mates since.

A Fox News poll in 2012 found Rice received the most support among Republicans to be Mitt Romney's running mate. But Rep. Paul Ryan, the current speaker of the House, was ultimately chosen for Romney's ticket.

In early 2015, she even topped a Field Poll of 18 possible candidates for a California Senate seat. Again, though, Rice expressed no interest in running.

This year's denial may be a little bigger than previous ones, though. Last election, Rice spoke at the Republican National Convention, which nominated Romney, but she reportedly doesn't plan to attend this year's national convention, which will presumably nominate Trump.