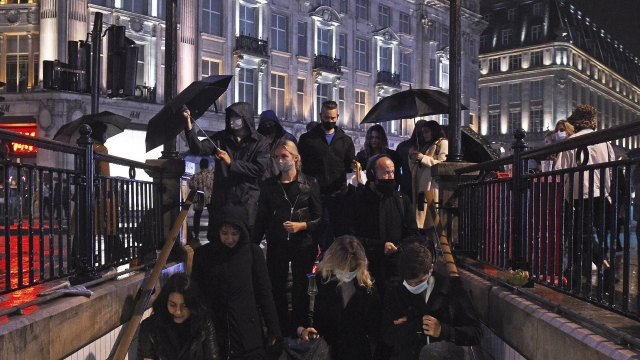 Health officials said the glitch prevented 15,000 test results from being transferred on time.

This caused a dramatic jump from about 13,000 cases Saturday to nearly 23,000 cases Sunday.

Officials say the technical problem has since been resolved and those who tested positive were told to self-isolate.

The news came as U.K. Prime Minister Boris Johnson defended his much-criticized coronavirus response Sunday. Instead of ordering a lockdown, Johnson has told people to "behave fearlessly but with common sense" when carrying on with their daily lives.