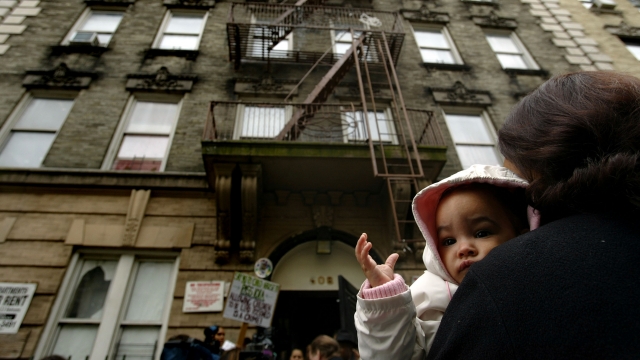 The homes of nearly 12,000 New York City children who had tested positive for lead exposure were not inspected by the city’s housing department, according to a new report from the city Comptroller.

The report, released Wednesday, details how between 2013 and 2018, nearly 10,000 buildings where 12,000 children had been diagnosed with lead exposure were not inspected for the toxic metal. Of those buildings not tested, around 500 housed three or more children whose blood levels had tested positive for lead exposure at or above the CDC action level.

Lead exposure can cause serious health issues. Lead is often found in the paint of old buildings, but can be found almost anywhere in our environment. Children most often come in contact with it from being around paint that contains it.

So how did this happen? According to the report, the blood results of thousands of children remained siloed in New York City’s Department of Health, and as a result, the Department of Housing never performed inspections on the buildings of the reported cases.

In the report, comptroller Scott Stringer said the city allowed the housing department “to rely almost exclusively on a reactive, complaint-driven inspection protocol, all but ignoring the hard, actionable data in possession of a sister agency.”

These results are casting a shadow over New York City Mayor Bill de Blasio. In January 2019, the city issued its LeadFreeNYC plan, which is designed to advance the goal of eliminating lead poisoning in the city. According to Stringer's report, to date, the city has added only 36 percent of the funding it said was necessary to implement the plan.

The report calls for the city to coordinate agency responses better, commit to fully funding the administration’s LeadFreeNYC plan, direct the housing department to start issuing violations and fines to landlords who fail to address lead paint in their building, and ensure that all children under age 3 are tested for lead exposure.