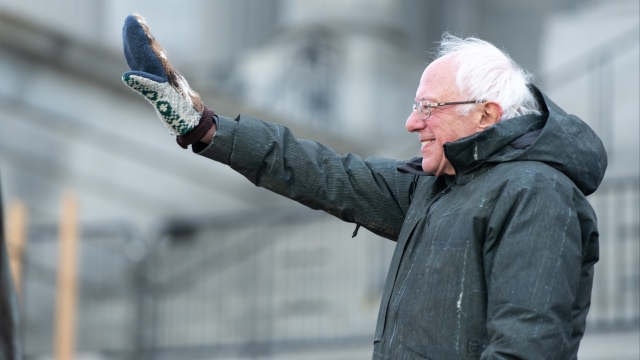 After his primary challenge to Hillary Clinton in 2016, Vermont Sen. Bernie Sanders created a grassroots group - "Our Revolution" - that pledged to transform politics and create "a new generation of progressive leaders."

But now a federal elections complaint, filed Wednesday by the watchdog group Common Cause, accuses Our Revolution of bucking the system by exceeding federal donation limits in backing Sanders 2020 presidential run. Those limits are $2,800 for individuals and $5,000 for political action committees.

A spokesman for Our Revolution says it isn't subject to those limits because it operates independently of Sanders' presidential campaign, adding that Sanders hasn't had a formal role with the group in three years.

The Associated Press reported earlier this month that Our Revolution has taken in more than $1 million in donations potentially exceeding limits for presidential candidates. According to the AP's review of tax filings and federal elections records, Our Revolution received big-money contributions, including $300,000 from the PAC National Nurses United for Patient Protection, and $100,000 from the progressive Sixteen Thirty Fund.

The issue boils down to this. Those big donations are legal if Our Revolution is operating as a independent organization barred from coordinating with the Sanders campaign. If not, it must adhere to the stricter limits.

A lawyer for Common Cause says Our Revolution was "undoubtedly established by Sen. Sanders" and is "seemingly in violation" of the campaign limits. But the spokesman for Our Revolution called the charge "meritless." He told the AP that, while the group actively supports Sanders' election, "our mission is much more than just electing Bernie."