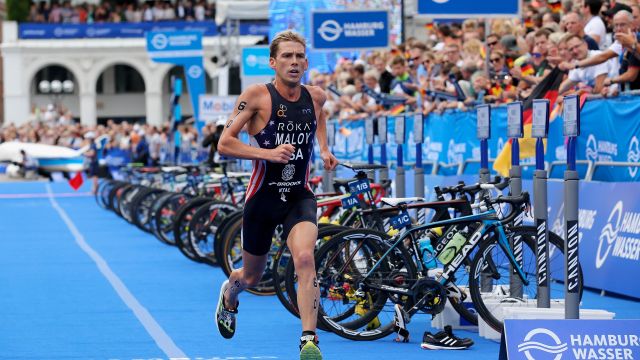 SMS
Competition Doesn't Come Cheap For US Olympians
By Lindsay Gloor
By Lindsay Gloor
July 19, 2016
For many Olympians, the road to Rio is filled with more than just physical challenges. Finding the money to cover costs can be extremely difficult.
SHOW TRANSCRIPT

It might seem like Olympians' biggest challenge is qualifying for the games, but going for the gold could cost some serious silver.

"I know world champions who have to work a $10-an-hour part-time job, they have to have three roommates and they still have to borrow money from their dad to buy toiletries," said former professional skier Bill Kerig.

According to Forbes, travel, training and equipment can cost Olympic dreamers anywhere from $3,000 to $25,000 a year.

SEE MORE: Russia Could Get Completely Banned From The 2016 Rio Olympics

And the United States is one of only three countries in the world that does not provide funding to its Olympic athletes.

The U.S. Olympic Committee gives money to sports federations based on how well they perform. Groups that are not likely to win might get 5 percent, while others could receive up to 95 percent.

Commercial sponsorships can definitely help lighten the financial burden, but those are typically limited to gold medal-winning, highly recognizable personalities.

A combination of grants, part-time work and, a more recent addition, online crowdfunding, help other Olympic hopefuls pull together funds.

"It's always been a challenge to merge the worlds of finance and sports," Kerig said.

Kerig founded RallyMe in 2012 to create a platform specifically for athletes to raise money. The platform also provides users with coaching to kick-start their fundraising. Olympic-level skiers using the platform raised more than $1 million collectively.

"We can't help them too much on their performance on the hill, but we can help them alleviate some of their financial worries," Kerig said.

Financial worries like those held by Lindsey Van, who used RallyMe to help her compete as a ski jumper in the 2014 Winter Olympics.

Van — now back at school studying exercise sports science — hung up her hat after 23 years of ski jumping and taking on odd jobs to fund her athletic career. The former freelance dog-sitter and airport chauffeur doesn't regret what she did to make it to the top.

"Do what you have to do. If you really love the sport, it'll work out, and you'll figure it out. There's a lot of money out there; you just have to find people who want to give it to you," Van said.

This video includes clips from Nike, AT&T, YouTube and NBC and images from Getty Images and RallyMe.