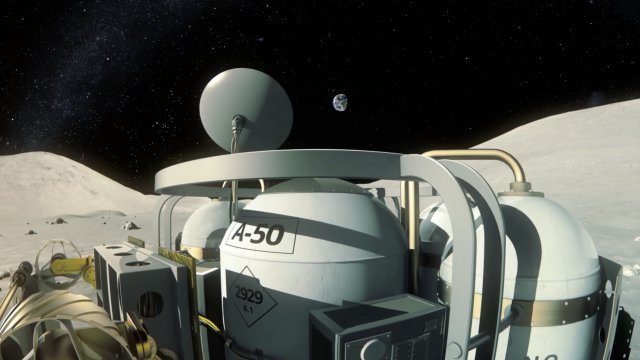 SMS
How This Company Plans To Mine The Moon's Resources By 2020
By Gabrielle Ware
By Gabrielle Ware
July 13, 2017
A private company wants to mine the moon for resources by using a fleet of robots.
SHOW TRANSCRIPT

A private company wants to mine the moon for resources, and it just announced how it's going to do it.

Moon Express plans to build a fleet of robots called the MX Robotic Explorers to travel to the moon's south pole. And it plans to do it by 2020.

Moon Express is facing off against four other private companies in the Google Lunar X Prize international competition, a $20 million race to launch a successful privately funded moon mission.

Moon Express' eventual goal is to mine the moon for valuable resources like aluminum, platinum, gold and perhaps the most important resource — water.

In addition to other uses, like hydration, water on the moon could provide a stellar source of hydrogen and oxygen — two essential components of spaceflight. That might make the moon a potential fueling station for space missions in the future.

Helium-3 is also on the moon. The Washington Post reports the clean energy source "could produce enough clean fuel to power entire industries, if not the entire planet."

If the company pulls it off, this will be the first nongovernment-funded mission of its kind. In fact, regulations for non-NASA planet exploration don't officially exist.

Moon Express plans to have its first robot finished by the end of this year.