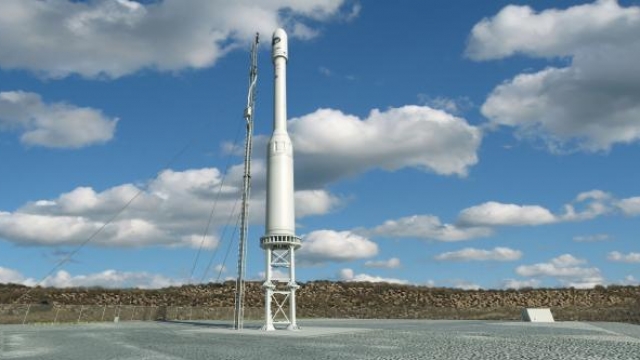 This 2009 launch of NASA's Orbiting Carbon Observatory Taurus Rocket started perfectly. And then something went wrong.

"Uh, it appears we've had a contingency with the OCO mission. Please enact the mission mishap preparedness and contingency plan. Begin with notification, data empowerment and mishap response tasks. Do not leave your stations until released by the NLM or ALM. Do not attempt to call out and release information to anyone or speculate on the cause of the contingency."

Now, we know why it failed. In a $46 million legal settlement, NASA and the Justice Department name the culprit: a Portland, Oregon, aluminum extrusion manufacturer that rigged tests on materials it provided to the space agency.

In a guilty plea announced this week, Hydro Extrusion Portland, Inc. admitted to falsifying tests on the aluminum it sold. The DOJ said the scheme unfolded over 19 years, and that the company — previously known as Sapa Profiles, or SPI — covered up failures in its manufacturing processes.

Those failures resulted in malfunctions of Taurus XL Rockets in two NASA missions when the rockets' nose cones didn't detach properly. The failures affected the satellite launch for the Orbiting Carbon Observatory and the 2011 Glory mission, which both studied climate change from space.

G. Zachary Terwilliger, U.S attorney for the Eastern District of Virginia, says those missions were undercut by fraudulent practices by the Oregon manufacturer.

"For nearly two decades," he said, "SPI and its employees covered up substandard manufacturing processes by brazenly falsifying test results. They then provided the false test results to hundreds of customers across the country, all to increase corporate profits and obtain production-based bonuses."

But the $46 million settlement will hardly cover NASA's losses.

The space agency says it lost $700 million as a result of the two Taurus XL rocket failures.