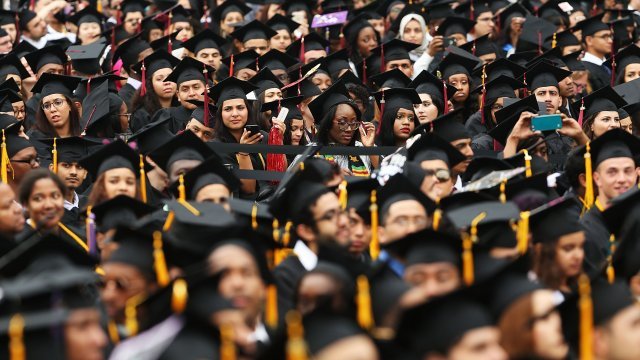 SMS
180,000 Former Students Won't Have To Pay Back $494 Million In Loans
By Alec Larson
By Alec Larson
January 4, 2019
Career Education Corporation came to a settlement with 48 states and the District of Columbia.
SHOW TRANSCRIPT

A settlement between a group of for-profit colleges and 48 states, as well as D.C., means 180,000 former students won't have to pay back their loans...totaling almost half a billion dollars.

Career Education Corporation has been under investigation by multiple state attorneys general since 2014 for allegations of using deceptive recruiting tactics. The AGs involved in the case have cited claims that the company misled students about their graduate job prospects as well as program costs.

The company's CEO, Todd Nelson, called the resolution of the investigation an "important milestone for the company."