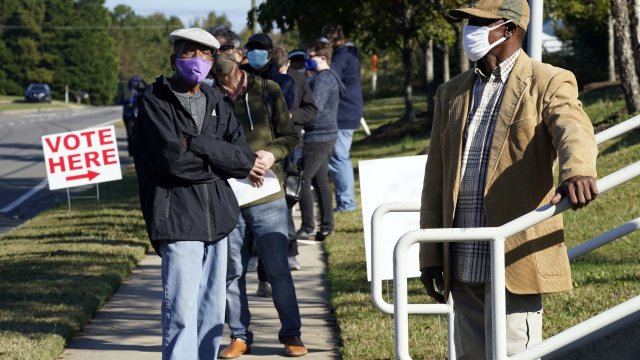 Typically, it’s not advised to mix business with politics. But this Election Day is unlike any other.

"The entire company has the day off so they can vote," said Celeste Gudas, president of 24 Seven.

On top of getting the day off, recruitment firm 24 Seven is giving employees additional time off to volunteer at the polls. It’s the first time the company is offering voting incentives, which will be permanent moving forward. But it’s not the only business incentivizing workers — or consumers — to cast a ballot. Makeup company Alleyoop is giving away up to $1 million in free products to customers if they register to vote.

"We thought, 'What’s the craziest thing that we can do to get people out there to vote?'"said Alleyoop founder Leila Kashani.

The effort from corporate America comes amid growing support to make Election Day a national holiday, to increase voter turnout.

Civic Alliance, a nonprofit that wants to boost voter turnout to 80 percent by 2028, has seen over 400 companies pledge to make that happen. Some of America’s biggest firms — including Target, BestBuy, and Estee Lauder — are giving PTO to their employees on November 3rd. Dozens of others are offering educational resources to help workers figure out when and where they can vote.

"We’re at a tipping point for the business community, especially this year. They really leaned in, and a lot of these companies are doing things that they’ve never done before," Tran said.