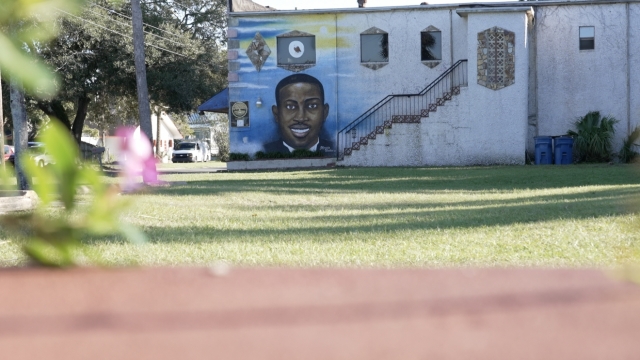 Robert Griffin came to Brunswick, Georgia, decades ago as a band director.

"I immediately joined the NAACP when I got here. The community was highly segregated, as was most of America."

Griffin recalls an effort to desegregate, from businesses to the school system. They did it peacefully, despite running into the KKK a few times.

"And in 1962 we really started approaching different segregated entities in the community such as the bowling arena, movies, restaurants," Griffin said."And quite naturally the school system was segregated, so we increased the membership in our organization and we were very well organized and we started meeting with different businesses."

Now years later he says: "I've been through the fire here, that's how come I can talk the way I can talk."

Griffin has been watching as a jury is deciding the fate of three men accused of murdering Ahmaud Arbery, a death that has sparked outcries over racial injustice.

"We've had good working relationships. Are we a perfect community? No. Did we have racism and racists? Yes — I work with a lot of them every day," Griffin said. "But what happened with the young jogger should not have happened and it was an alarming thing for all of us — Blacks and Whites."

Blocks away from the courthouse, a mural of Arbery is painted on the side of a building. On the street corner, there are pictures of people who contributed to history.

The Brunswick African American Cultural Center is working to preserve history. Aundra Fuller is the managing director at the center.

"Historic Albany Street is the main historic corridor for African Americans here in the city of Brunswick," Fuller said. "We realized the significant contributions that local African American citizens had made here and we wanted to preserve not only the information but also neighborhoods and areas."

Susan Weeks has lived in Brunswick all her life. It's a place she says feels like a big neighborhood, a coastal community the world now watches.

What happened may not reflect this community, but Griffin says: "What happens in that courtroom is gonna determine what the future of this city. I know that for a fact."

Griffin has plaques, degrees, awards lining his wall — a reflection of decades of work in this community.

"To be honest, I have a lot of anger built up in me now and I think it's time for us to end this charade and the playing who we think we are," Griffin said. "I think racism needs to be squashed. I really do."