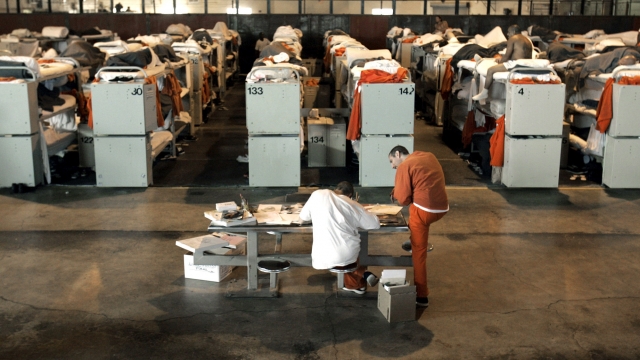 SMS
Communities Reimagine And Repurpose Closed Prisons
By Eliana Moreno
By Eliana Moreno
May 18, 2021
The facilities closed because of lower crime rates, lack of funding, and poor treatment of prisoners.
SHOW TRANSCRIPT

Between 2011 and 2016, 94 detention facilities closed across the country and now they're being repurposed.

The facilities closed in that time because of lower crime rates, lack of funding, and poor treatment of prisoners.

Those spaces are now being used for places to house homeless people, educational farms and one facility has even been turned into a movie studio.

"This is going to be like a mini Hollywood, you know, so we're planning on having about, you know, 120,000 square feet of stages," Broadway Stages Stage Manager Jimmie Pilianci said.

Parts of "Orange is the New Black" and "Oceans Eight" were filmed in repurposed prisons.