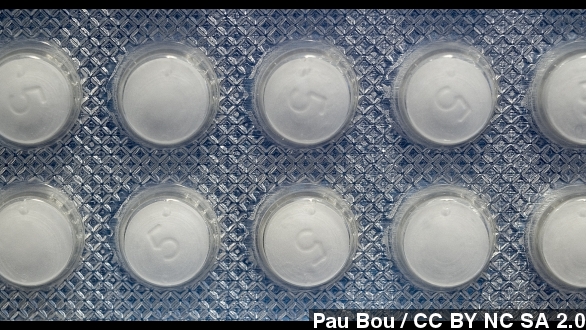 By Christine Slusser
September 10, 2014
Researchers found commonly prescribed sleeping and anxiety pills such as Xanax and Valium could lead to an increased risk for Alzheimer's disease.
SHOW TRANSCRIPT

Commonly prescribed sleeping and anxiety pills, known as benzodiazepines, are now under scrutiny. Researchers found those who take drugs like Valium and Ativan have a significantly higher risk of developing Alzheimer's disease.

KXAS: "Researchers followed a group of elderly adults who take Valium, Xanax or similar medications to treat insomnia and anxiety. Those who took these drugs for longer than three months were 51 percent more likely to develop Alzheimer's disease."

The study looked at the medical records of more than 1,700 Alzheimer's patients over the age of 66 and 7,000 similar people without Alzheimer's. Researchers found those who had taken the drugs over long periods of time were far more likely to be in the Alzheimer's group.

To be clear, those involved in the study had been using benzodiazepine at least five years before they were diagnosed with Alzheimer's.

Researchers seem confident benzodiazepine use is associated with an increased risk of Alzheimer's, writing in the study, "The stronger association observed for long term exposures reinforces the suspicion of a possible direct association."

However, as NBC points out, not so fast — the medication might not be to blame.

"It’s not clear whether the drugs are causing the Alzheimer’s directly, or if people perhaps use the drugs to treat other symptoms that may be early signs of Alzheimer’s, such as depression or insomnia."

And the age of the participants may also have something to do with it. The National Institute on Aging says most people develop Alzheimer's after the age of 60, which is within the age range of the people researchers looked at in the study.

The study says "unwarranted" long term use should be a "public health concern." That could be worrisome, as millions of people take these types of drugs daily.