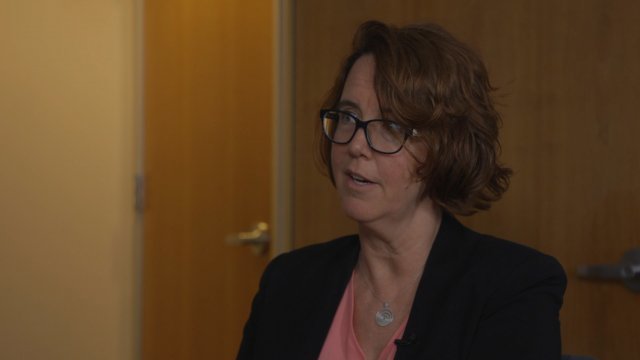 It would allow adoption agencies to decline same-sex couples due to "sincerely held religious beliefs or moral convictions."

With everything going on in D.C., one amendment in the House Appropriations bill has sort of flown under the radar, and it's setting off alarm bells for advocates for children and LGBTQ+ rights.

The amendment would allow child welfare providers to deny services that conflict with "sincerely held religious beliefs or moral convictions." It was introduced by Alabama Congressman Robert Aderholt and passed out of committee with a 29-23 vote.

Some advocates like Julie Kruse with the Family Equality Council are worried this will give organizations a license to discriminate, especially for queer parents. Kruse says the big loser if this amendment becomes law would be the hundreds of thousands of kids waiting to be adopted.

"It hurts all foster kids, all of the 400,000 foster kids that are waiting for fostered or adoptive families, because it allows agencies to reject a huge swath of families," Kruse said.

Some states have laws on the books that prevent adoption discrimination on the basis of sexual orientation or other status. But with this measure, those states or any state or local government that doesn't comply with the measure could lose 15 percent of its federal funds for child welfare services.

"We'll continue to put our all into moving equality forward while defending our progress," spokeswoman Sarah McBride told Newsy.

To be clear, the term same-sex does not appear in the amendment. It doesn't really have a ton of specificity in it, which is one of the concerns for advocates like Kruse.

"This is a very broadly written bill. It's much more broad than some of the bills that have passed in 10 states so far. This goes well beyond the LGBTQ community, and scarily, it goes well beyond child placement because it allows for denial of any services. So it's not just about the homes you're placing kids in," Kruse said.

For his part, Congressman Aderholt says his measure is meant to allow more organizations, like Catholic Charities, to provide child welfare services and to stop what he sees as discrimination against religion. Aderholt's office didn't respond to a request for comment, but in a statement, the Congressman said he wants "to encourage states to include all experienced and licensed child welfare agencies so that children are placed in caring, loving homes where they can thrive."