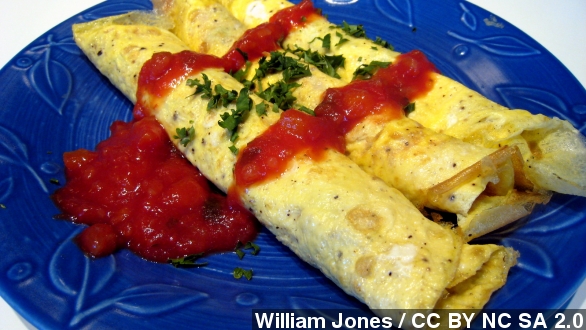 Bring on the omelettes! The U.S. Dietary Guidelines Advisory Committee has changed its stance on high cholesterol food.

The committee says cholesterol is no longer considered a "nutrient of concern" and dropped its recommended limit of 300 milligrams per day for adults.

The panel points to findings showing high cholesterol foods don't actually have much affect on cholesterol levels in the bloodstream. While that understandably sounds confusing, the panel warned saturated fats are the real culprit.

Cardiologist Steven Nissen told USA Today: "It's the right decision. ... We got the dietary guidelines wrong. They've been wrong for decades."

The panel's new stance on cholesterol is dramatically different from its opinion just five years ago when it called excess cholesterol in the American diet a "public health concern."

The government has warned against consuming too much cholesterol since the '60s, but many cardiologists now say most of those recommendations were based off of weak research.

Of course, not everyone is eager to jump into eating cholesterol-laden foods.

"I haven't touched an egg yolk since I was nine. ... I see it, I appreciate it, but I'm not gonna eat the yoke," Nicolle Wallace said on "The View."

The Advisory Committee's new "Dietary Guidelines" report will be published later this year.