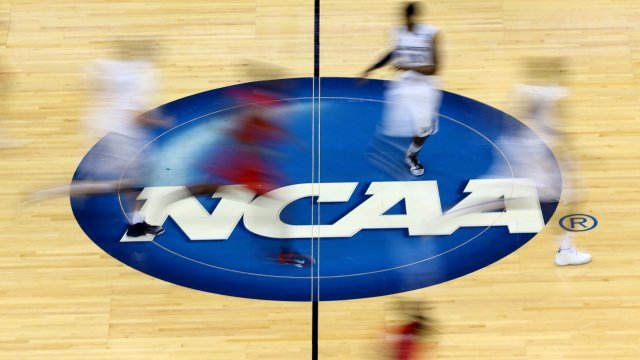 A high-profile panel of basketball minds and a former top U.S. diplomat had a message for the NCAA: Get it together.

The Commission on College Basketball released a 52-page report focused on Division I men's college basketball, which it called "deeply troubled."

"The commission found that talking to the stakeholders was, at times, like watching a circular firing squad — the problem, the issue, and ultimately the fault was always that of someone else," former Secretary of State Condoleezza Rice said in her prepared remarks.

This report is long. It outlines the corruption in the sport, but it makes dozens of suggestions to the NCAA. Here are some getting the most attention.

The commission argues 18-year-olds should be able to declare for the NBA draft right out of high school, just like LeBron James and Kobe Bryant did years ago. High schoolers currently have to finish a year of college before they enter the NBA draft. But the panel argues if that requirement were gone, schools wouldn't cheat to recruit the best players.

But the thing is, the NCAA can't make that change. Only the NBA and its players association can. ESPN reports talks to alter the rule are already underway.

The panel made several other suggestions, like allowing undrafted underclassmen to return to school — as long as they didn't sign a pro contract. Another idea? Let NCAA players meet with agents without losing eligibility.

One of the other significant elements of the report called for an overhaul of nonscholastic basketball events, commonly known as AAU tournaments. Those are sponsored by major sports apparel companies, like Nike, Adidas and Under Armour. But these tournaments are also the subject of the FBI's investigation into college basketball.

Here's one thing the commission did not recommend: paying players. The report argues player salaries, or even allowing them to profit off their likeness, would not solve the corruption in the sport. The commission says the NCAA should wait until there is legal clarification.

"We don’t believe that the NCAA can legislate in this area until the legal parameters become clearer," Rice said. "It is hard for the public, and frankly for me, to understand what can be allowed within the college model."