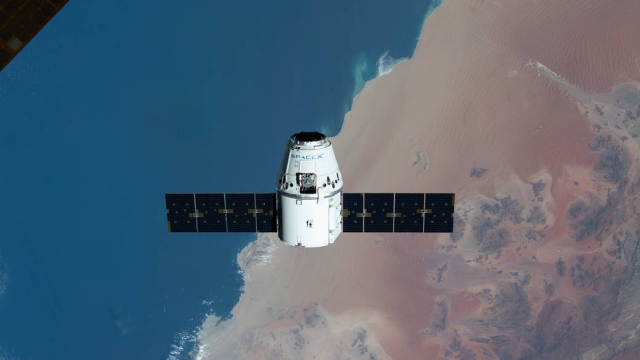 As astronauts blast off to the International Space Station this weekend on a SpaceX rocket, the company is also showing off a massive ship it says will one day take travelers far, far away.

Newly released video shows the 'Starship' lifting into an aerial ballet of flips and turns before landing again. SpaceX hopes the ship will reach orbit for the first time next month and maybe, one day, make founder Elon Musk's mission-to-Mars dreams a reality.

"He says, 'I want to die on Mars, just not on impact,'" editor for Spaceref.com Keith Cowing said. "I've known Elon forever, for like 20 years. I met him when he was actually a kid and I was a lot younger with less gray hair. So, for him to do this doesn't surprise me. He's always just been as awed by this stuff as anybody else, which I think is kind of important when you're trying to do audacious things."

Hyping test footage on social media and even rocket 'blooper reels,' like the one Musk once posted, is a part of the modern space race, which is a lot different from the way NASA used to do it.

"Well, you know, there's two different approaches here, and quite frankly, the SpaceX one is the one that produces cool videos that make you just want to watch it again and again. NASA's don't," Cowing said.

"The current space station, I worked on it when I was kid, and it's getting old and like anything, you got to replace it. And NASA is, sort of, not really wanting to go through that whole $100 billion thing again, but the need for something like that is there," Cowing said. "So, just like they've started to use commercial carriers for cargo to the space station and crew, they're looking at hopefully spurring an industry where one or more private space stations are in space that can do the things that NASA wants but do it in a way that they can then do stuff that the private sector wants."

Which is why space industry experts say, do not count NASA out.

"So now, here we are — the 21st century — do you need NASA? Yeah, you do," Cowing said. "Because there's always a cutting-edge thing that the private sector is gonna say, 'I can't make money off of this.' But NASA says, 'Well, maybe in 20 years, you will. We're going to invest dollars in this because it could be a breakthrough technology,' or they just go and explore the solar system for the sheer benefit of science."

Besides money, space enthusiasts say NASA — with its six-decade history –—still has a special ability to do something priceless: inspire a new generation of explorers.