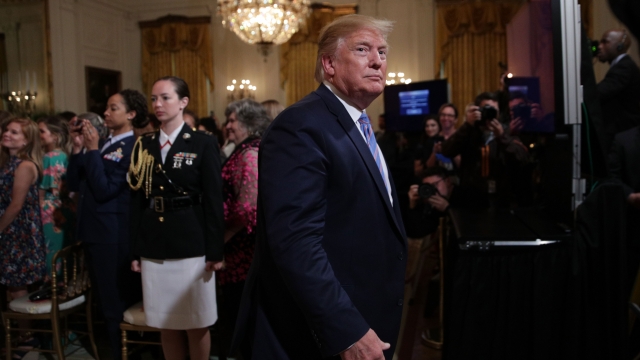 The Trump administration is walking back parts of an executive order aimed at banning the purchase and use of equipment made by Chinese tech giant Huawei.

The Commerce Department announced Monday that it would grant Huawei a temporary general license. For the next 90 days, the company will be allowed to buy American-made goods in order to maintain its existing networks and support mobile services for current users.

The ban is only lifted for operations that impact current Huawei mobile phone users and broadband networks. The company is still barred from from using American-made supplies to make new products — a move aimed at clearing the way for a ban on foreign telecom gear that the U.S. suspects poses a national security risk.

The U.S. has long believed that Huawei devices pose that type of threat, and it's even pressured its allies to move away from working with the telecom company.

Huawei wasn't specifically named in the executive order, which was signed under the International Emergency Economic Powers Act. That law allows the president to regulate commerce following the declaration of a national emergency.

Earlier this year, the Justice Department charged Huawei with trying to steal trade secrets from T-Mobile and violating U.S. sanctions. Huawei pleaded not guilty and has also repeatedly denied that its products and services pose any sort of national security threat.