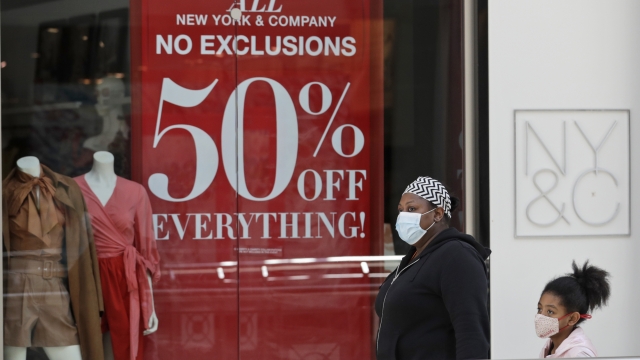 SMS
Department Of Commerce Records 16.4% Drop In Retail Sales In April
By Meg Hilling
By Meg Hilling
May 15, 2020
The U.S. Department of Commerce recorded the largest month-to-month drop in retail sales since 1992.
SHOW TRANSCRIPT

The U.S. Department of Commerce says retail and food services took a big hit in April with a 16.4% drop in sales from March.

According to CBS News, the drop is the biggest on record between two months since 1992, when figures started being recorded.

The department's report Friday comes as many businesses try to reopen following shutdown measures in March amid the COVID-19 outbreak.

Additional reporting by Josh Boak and Anne D'Innocenzio of the Associated Press.