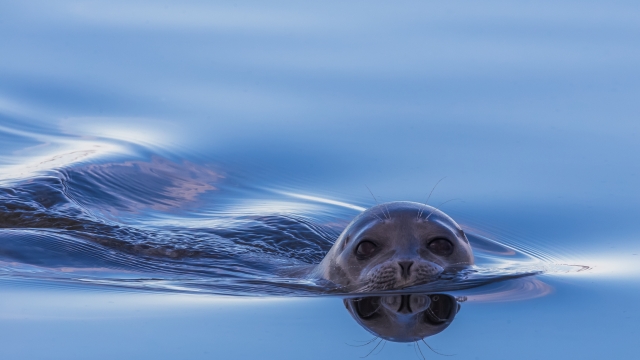 SMS
Commerce Department Agrees To Designate Critical Habitat For Seals
By Johannah Grenaway
By Johannah Grenaway
November 26, 2019
Bearded and ringed seals were listed as threatened under the Endangered Species Act in 2012 because of projected sea ice loss.
SHOW TRANSCRIPT

On Monday, The Center for Biological Diversity announced its agreement with the Commerce Department to protect two species of ice seals. The Trump administration will designate a critical habitat in Alaska for bearded and ringed seals.

Those animals' populations have not fallen, but both were listed as threatened under the Endangered Species Act in 2012 because of projected sea ice loss. The Center says climate change is melting their Arctic habitat.

A staff attorney with the center said the seals "need our help to survive an Arctic that's heating up at twice the global rate. They need habitat protections now, and they need us to quickly address climate change.”

The attorney commended the administration for pledging to protect the seals' habitat on Monday, but said "it shouldn't take a lawsuit to force officials to follow the law."

The Endangered Species Act requires that the government create a designated critical habitat for a threatened species after it's been listed for a year. But the Center says the Trump administration hasn't taken the legally required steps to protect the seals' habitat. What's more, the administration drafted a plan to open more federal land for oil and gas drilling in Alaska's Arctic Reserve just last week, and the seals are vulnerable to oil spills. Federal courts ruled last year that Endangered Species Protections should stand, despite legal challenges from the oil industry.

The Center says federally protecting the habitat for these ice seals could more than double the chances of the species' recovering, although it does not affect Alaska Natives' subsistence harvest of the species.

Monday's agreement requires the Trump administration to issue a critical habitat rule for the ice seals by September 2020.