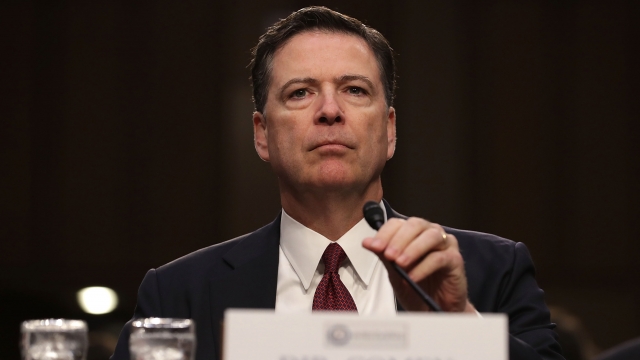 During Senate testimony, fired FBI Director James Comey was hammered on two huge questions surrounding his interactions with President Donald Trump. First, why Comey didn't try to stop the president from asking him to let go of an investigation into former national security adviser Mike Flynn. The other: why Comey didn't tell more people if he thought the interactions were inappropriate.

"I don't want to make it sound like I'm Captain Courageous," Comey said. "I don't know even if I had the presence of mind I would have said, 'Sir, that's wrong.' What came to my mind was, 'Be careful what you say.'"

As to why he didn't really move up the chain of command with his concerns, it sounds like he thought at the time there was just no one to go to. The attorney general was eventually going to recuse himself from all Russia investigations.

"There were no other Senate confirmed leaders in the Justice Department at that point," Comey said.

Comey did tell the committee the core leadership at the FBI knew about the president's "direction" to drop the Flynn investigation and that they helped decide to keep it secret.

"We decided the best move would be to hold it, document it as we've already done, and this investigation is going to go on and figure out what to do about it down the road," Comey said.

Comey also said he kept all of this from the investigative team because he didn't want even them to know the president made a request to "get rid" of the investigation.

"I think no action was the most important thing I could do to make sure there was no interference with the investigation," Comey said.