Comey Likens Trump To A Mob Boss In Upcoming Book 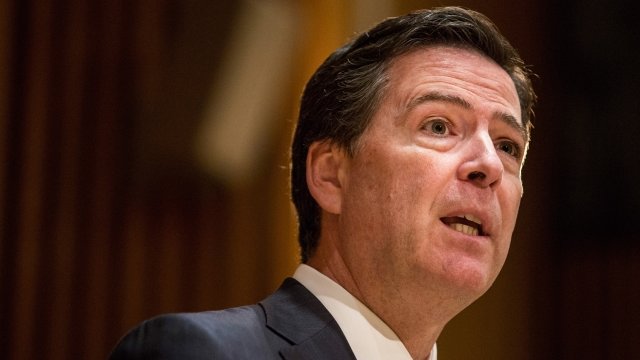 The book, titled "A Higher Loyalty: Truth, Lies, and Leadership," is due out next week. But multiple media outlets got excerpts or advance copies Thursday.

And Comey doesn't hold back in his criticism of Trump throughout the memoir.

In one excerpt, Comey likens the president to a mob boss, writing, "His leadership is transactional, ego driven and about personal loyalty."

Comey's book will hit shelves a little less than a year after Trump abruptly fired him. He's set to go on tour to promote the memoir soon.