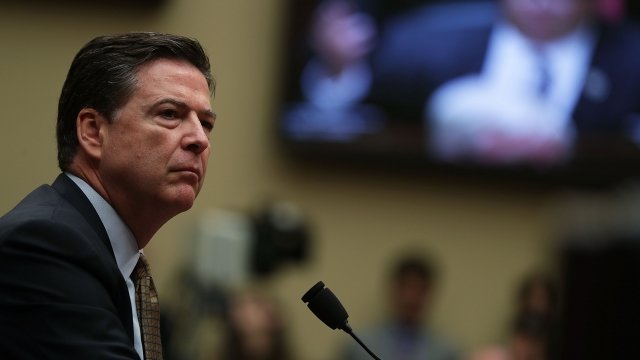 The House Oversight and Judiciary Committees are jointly investigating the FBI and DOJ's actions during the 2016 U.S. presidential election. Specifically, they're looking into the handling of the Hillary Clinton email and Russia probes.

In a letter to panel Republican leaders, Comey's attorney wrote that a public hearing would eliminate any concerns about disclosing classified information, since Comey no longer holds a security clearance. He also noted that the committees would have to get agency approvals in order for Comey to discuss past events.

Comey's not the only witness House Republicans want to hear from. They're also seeking testimony from other former Justice Department officials and a former Trump campaign adviser.

House GOP leaders haven't said yet whether they'll take Comey up on his offer.