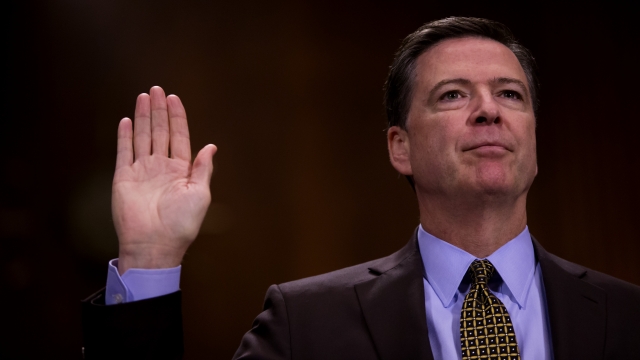 The leaders of the Senate's Select Committee on Intelligence announced Friday night that Comey has accepted their invitation to testify in an open session.

Comey, who was fired May 9 by President Trump, declined the committee's previous invitation to testify in a closed session. Unnamed sources close to Comey told various outlets he wanted to testify in an open session instead.

The open hearing has not yet been scheduled but will be held after Memorial Day.

The White House's changing story on the decision to fire Comey has led to questions about the motivation for the firing.

Reports since his firing have fueled speculation that his termination had something to do with the FBI's investigation into possible collusion between the Trump campaign and Russia. But the public hasn't heard directly from the former FBI director yet.

Hours before the committee announced Comey would testify, a new report said Trump told Russian diplomats that Comey's firing alleviated "great pressure" brought on by the probe. The White House didn't deny the statement. It did say Comey, "created unnecessary pressure on our ability to engage and negotiate with Russia."

Reports earlier in the week said Comey had written a memo about a conversation he had with Trump in February. He reportedly wrote that Trump asked him to end the investigation into former national security adviser Michael Flynn. Trump has denied the allegation.

The day after the report on the memo was published, Deputy Attorney General Rod Rosenstein announced he had appointed a special counsel to take over the Russia probe. That special counsel is Comey's predecessor at the FBI, Robert Mueller.