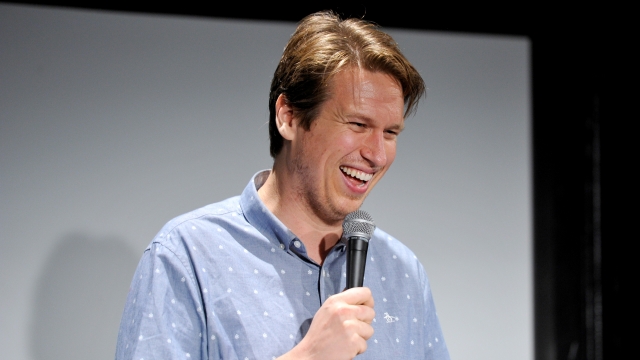 SMS
Comedian Pete Holmes Talks About The State Of Comedy Today
By Casey Mendoza
By Casey Mendoza
October 14, 2019
"Comedy grows and evolves and does well, in my opinion, with constraints. ... I've never felt limited or censored or afraid of what's happening."
SHOW TRANSCRIPT

"This is another broad question, but what do you think of the state of comedy now, especially since you've worked in the industry for so long?"

"You mean the the sensitivity that people are talking about? Where are you leading me? How would you like me to address this clickbait question? I'm just kidding. That's 100% a joke."

What is the state of comedy today?

That's a bit of a loaded question these days, and recent answers from high-profile artists like Todd Phillips, Chris Rock and Marlon Wayans have been pitting the genre against "woke culture," "outrage culture" or sensitivity.

Not all comedians agree with that argument, so during this year's Chicago Ideas Week, we asked comedian and actor Pete Holmes for his take.

"I actually don't think people are more offended or sensitive than they were. I just think everybody has a voice now. So people are like, 'Oh, I can't make jokes about this, you know, downtrodden, overlooked group, because now they have Twitter or they have Instagram and they can respond.' So nothing's really changed except the data: We're getting more feedback. Those groups and those peoples were always offended. And I know this because I grew up evangelical Christian — that is certainly a majorative position. I'm not saying that's a minority. But I am saying that we, as a group, were very easily offended. So like, it just kind of now we get the feedback and we hear who's being offended."

"Comedy grows and evolves and does well, in my opinion, with constraints. I always about how Howard Stern, when he was on terrestrial radio, was sort of—that was sort of like the peak of Stern for a lot of the fans, because he had to work with these confines. So, I think it's really interesting that we have new sensitivities. And to see how comedy is going to grow and flow and play with and explore those sensitivities is really interesting to me. I've never felt limited or censored or afraid of what's happening. I think we're just — the name of the game is to move along with it."