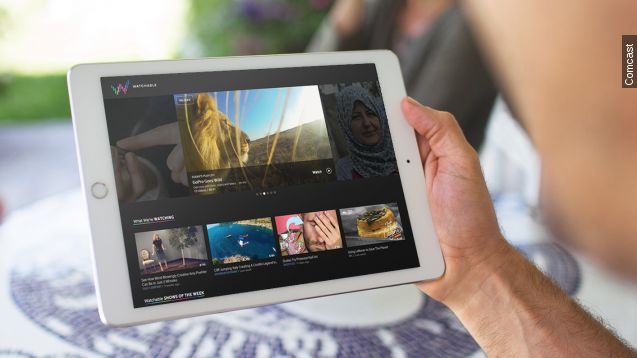 The latest effort to engage viewers in an increasingly digital world is here.

Comcast announced Tuesday the beta launch of Watchable. It's an app, a stand-alone website and a tab on Comcast's X1 set-top box. The company says it's a way for viewers to find professional short-form videos.

Thirty online network partners — including Buzzfeed, Vice and Newsy — will provide content for the site.

A Comcast executive said, "We want to continue to connect creators of compelling content with viewers who want to be entertained."

Comcast also gets a slice of that ad revenue and hopes to retain customers who might otherwise be tempted to cut the cord.

Comcast joins other online giants in the fight for digital video ad dollars. Recently, Facebook and Google have upped the ante.

Comcast says it wants Watchable to evolve over time, becoming more personalized with options to share content with friends.