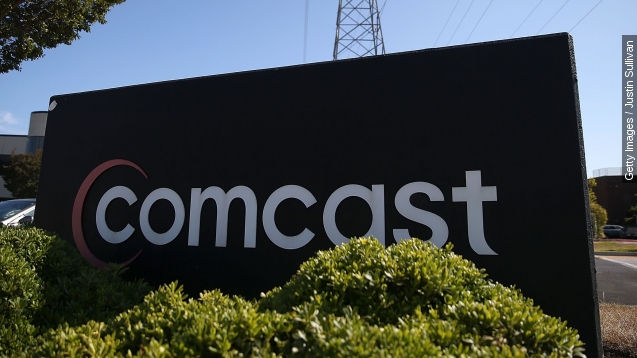 Is Comcast really so afraid of cord-cutters it won't even air ads for Sling TV?

Comcast really doesn't like cord cutting. So much so it won't even air a commercial for Sling TV.

NBCUniversal, which is owned by Comcast, has reportedly refused to run an ad for Sling TV that portrays traditional cable providers as schoolyard bullies.

"And there's a rental fee for all of this," one bully says in the commercial.

"What? I thought this was included," the customer says and is met with a wet willy.

Sling, which is owned by Dish Network, said it submitted the promo to eight television markets and the only stations to turn it down were ones owned by NBC.

There's no word from NBC or Comcast on why the ad was turned down, but a Sling exec has fired back, accusing the corporation of stifling innovation.

Sling CEO Robert Lynch said in a blog post, "Comcast has a demonstrated history of shutting down ideas it doesn't like or understand, predictably to its benefit and at the expense of consumers."

Of all the streaming services out there, Sling TV is easily the closest alternative to traditional TV. And with an estimated 250,000 paying subscribers, it's had a decent start.

However, it's probably Netflix's subscriber numbers that really scare Comcast. If Sling ever falls within the same ballpark as Netflix, Comcast could have plenty of reasons to worry.

"If they are going to go to the trouble of banning our ads, we must be doing something right," Lynch said.

But banning the ads just gave plenty more ammo for Sling, who has a lot to gain by portraying Comcast as an oppressive corporate giant.