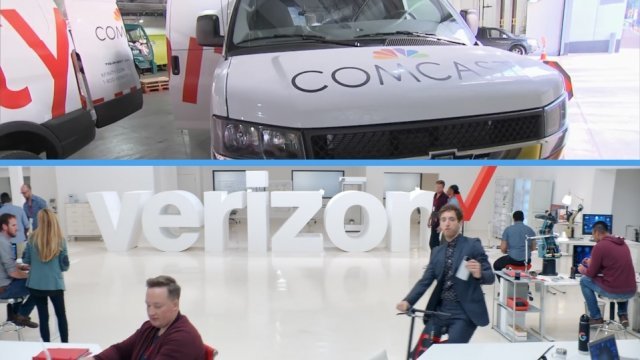 Comcast and Verizon have both expressed interest in buying at least some parts of 21st Century Fox.

News broke Thursday that the companies approached Fox about a purchase. Details are sparse, so we don't know a lot, but we do know that 21st Century Fox is really popular right now.

Disney was considering purchasing part of the company earlier this month, but those talks didn't pan out.

Disney is working on launching multiple streaming services, and a Fox deal could have given it access to more TV and film production assets.

There's a lot to gain from a Fox acquisition. Comcast already owns Fox rival NBCUniversal but could use Fox's entertainment assets to bulk up its own offerings and get more access to international markets.

Verizon talks are in the early stages and are pretty unclear, but buying Fox could help give its streaming video services a lot of solid content.

Even if these discussions don't go anywhere, Fox seems to be sending a signal that it's willing to sell some of its assets. That means we could be seeing more reports like this in the future.