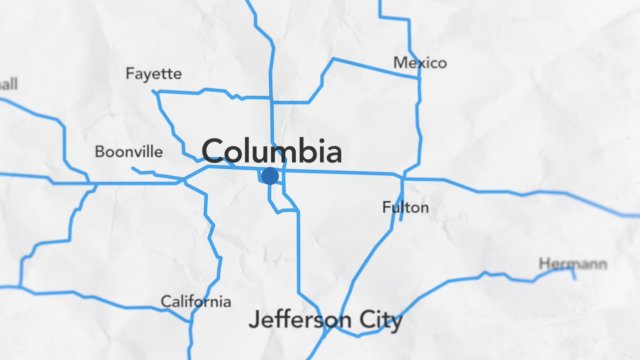 SMS
This Missouri 'Abortion Desert' Is A Testing Site For Pro-Life Rulings
By Casey Mendoza
By Casey Mendoza
January 21, 2019
With only one abortion clinic, and some of the toughest laws in the country, women seeking abortions in Missouri must travel hundreds of miles.
SHOW TRANSCRIPT

"It's an undue burden for women to have to travel 400 miles, because you have to have two visits in the state of Missouri in order to seek abortion services, or actually, to have them performed."

"You may go across state lines, but then you have to stay in a hotel overnight, and you may miss work, or have to request time off or sick leave, find childcare, pay for gas. All of those things make it more difficult for women to seek those services that, once again, are perfectly safe and legal."

With mandated counseling, 72-hour waiting periods and limited insurance coverage, Missouri faces some of the toughest abortion laws in the country.

In the fall of 2018, it was left with just one provider — located in St. Louis — for the entire state.

"We essentially have to try to help our patients navigate how to make a two-day visit to St. Louis, or how to cross state lines to a facility that might be closer to them in order to seek the services that they are requesting."

The Planned Parenthood in Columbia, Missouri lost its license to perform abortion services last year, because it was unable to obtain state-required hospital admitting privileges, which gives doctors at clinics the right to admit their patients to a local hospital. While Columbia's Planned Parenthood is still open for consultations and other health services, it's had to turn away women seeking abortions. 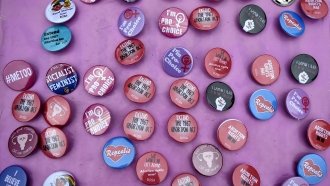 Abortion Is About To Officially Become Legal In Ireland

The centrality of Columbia makes it a key location for abortion-seekers, but also a point of contention for pro-life activists and conservative Missouri politicians. In 2015, the state's senate committee on the Sanctity of Life lobbied the University of Missouri's health care system to cut ties with Planned Parenthood.

The university complied and rescinded Planned Parenthood's privileges with their health care system — effectively taking away its ability to perform abortion services.

"There was a lot of discussion around how that process occurred with the University of Missouri, and we have since found it insurmountable to find another provider that either has existing privileges, or find or be able to request and not be denied privileges. It's really become a burden on our providers here."

In 2017, after more than a year of legal battles, a U.S. district judge allowed Planned Parenthood to re-apply for the license to perform abortions.

That license expired in October 2018 after a district court reversed the 2017 ruling. Three months after losing its license, the organization is optimistic a judge will make a new decision in its favor.

"We do have a date on our calendar where we intend to open up the schedule for abortion services. And unless there is any delay in the judge's response, we hope to meet that day." 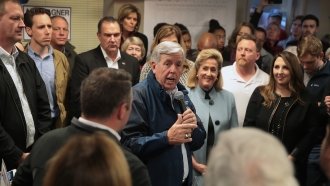 An associate with the National Bureau of Economic Research predicts that Missouri will see a decrease in abortions following the loss of the service in Columbia. To be more specific, he estimates 30 abortions — procedures that would have otherwise been provided in Columbia — will be discouraged because of the distance needed to travel. That number doesn't take into account Missouri's 72-hour waiting period law, which requires women to make two trips to their provider.

Texas has a similar restriction, but it's waived for women who live more than 100 miles from a clinic.

"I think Columbia itself is in a unique position, because we are in the center of a state. We do supply services to more rural areas. And I think that because we have a family planning clinic here that also provides abortion services, much of the legislation that has passed in the state of Missouri targets us."

Other states with just one abortion facility include Kentucky, Mississippi, North Dakota, South Dakota and West Virginia. But of the six states, health researchers say Missouri's lack of facilities affects the most women.

With all of this in mind, it should come as no surprise that the state is such a battleground for both pro-choice and pro-life activists, as well as a testing site for abortion legislation.

"It is a test here and if successful, it will indeed go to other states. And so I think that that Missouri is a front line, so to speak, on how we challenge these restrictions."