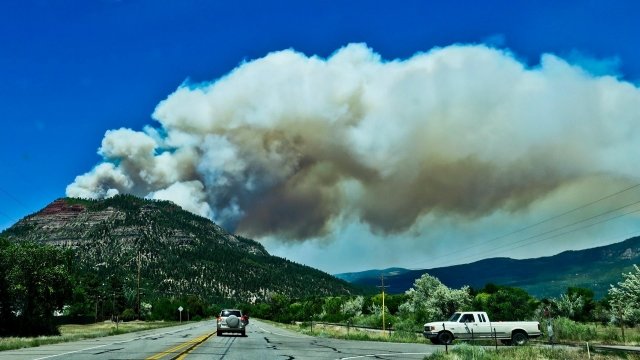 A wildfire about 10 miles north of Durango, Colorado, has burned just over 23,000 acres, forcing the area's San Juan National Forest to close.

According to the U.S. Forest Service, the San Juan National Forest covers 1.8 million acres in southwestern Colorado. It's closed to visitors and most employees due to safety concerns because of the wildfire, which was only about 15 percent contained as of Tuesday afternoon.

The fire was first reported on June 1. More than 2,000 homes have been evacuated.

The U.S. Forest Service says an expected increase in moisture in the region should help moderate the fire's activity. But even with that moisture, parts of the fire are expected to continue spreading.