Colorado Teens Aren't Using Marijuana As Much As You'd Think 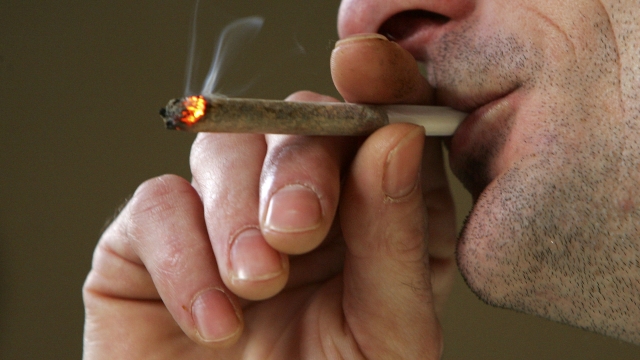 Colorado legalized the recreational use of marijuana for people 21 and older in 2012.

Although marijuana is legal in Colorado, use among high school students is just below the national average, according to a recent survey released by the state.

The latest Healthy Kids Colorado Survey that came out Monday was conducted in 2015. Of the 17,000 students randomly surveyed, about 21.2 percent had used marijuana in the past 30 days. The national average is 21.7 percent.

The percentage of Colorado students who had ever used marijuana was also slightly below the national average.

Colorado legalized the recreational use of marijuana for people 21 and older in 2012. Licensed marijuana retailers began opening in the state in 2014.

According to the survey, tobacco use has hit an all-time low, with fewer than 9 percent of students saying they've smoked a cigarette in the past 30 days. But the study says teens' use of electronic vapor products has increased significantly with a higher percentage of teens using them than cigarettes, cigars and chewing tobacco combined. Twenty-six percent of respondents said they used an electronic smoking product in the past 30 days compared to the national average of 24 percent.

Alcohol appears to be most popular among Colorado students, with more than 30 percent of them saying they consumed alcohol within the past 30 days compared to the national average of nearly 33 percent.

This video includes clips from KMGH and images from Getty Images. Music provided by APM Music.