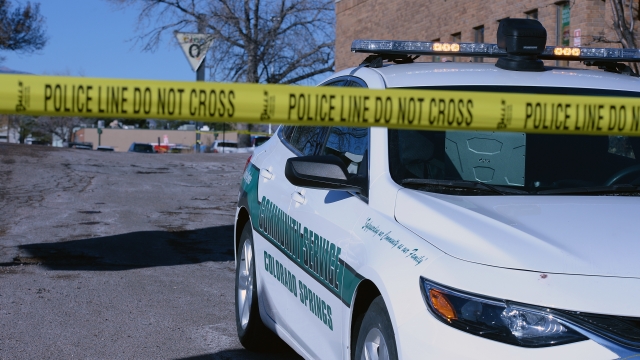 One of the biggest questions about the tragic shooting in Colorado Springs, Colorado, is the extent to which the suspect was — or was not — on the radar of local and federal law enforcement officials before the attack.

So far, police have not released many details about the suspect, 22-year-old Anderson Lee Aldrich.

"At least two firearms were found at the scene. We are still working to identify the firearms and who they belong to, but I can confirm the suspect used a long rifle during the shooting," said Vasquez.

Investigators are now trying to determine if all of those weapons belonged to the suspect, and if so, how did he get them?

They will also be scouring any social media profiles, phones and computers, searching for clues and a possible motive.

In June of last year, a man with the same name and matching age was arrested near Colorado Springs on charges of felony menacing and kidnapping. His mother called the police to say her son was threatening her with a bomb, multiple weapons and ammunition. There was a police standoff before the suspect surrendered, but it appears the local District Attorney’s Office, led by Michael Allen, did not press charges. The Colorado Springs Gazette reports the case was dismissed and is now sealed.

When Newsy asked the District Attorney about the 2021 case, spokesman Howard Black would only say that the earlier case is part of the current investigation.

Colorado is also one of 19 states with a so-called “red flag” or “extreme risk” law that allows judges to confiscate guns from people with a history of mental illness or violence.

It is not clear if any family members, police or the District Attorney ever filed any petitions against the suspect. According to Colorado Bureau of Investigation records obtained by Newsy, the suspect does not appear to have a criminal record.

The FBI has not responded to questions from Newsy about whether they were aware of the suspect before the shooting.