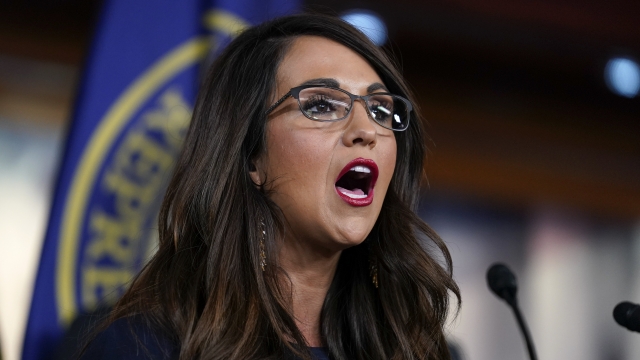 Though many expected Republican Rep. Lauren Boebert to easily win reelection in Colorado, Democrat Adam Frisch has kept up with votes.

When it comes to razor thin margins, Colorado's election can't get much thinner.

On election night, Republican Rep. Lauren Boebert said, "The votes are absolutely going to be in my favor." But Thursday morning, she was losing by just 64 votes against her opponent, Democrat Adam Frisch. Then throughout the day, Boebert's vote count grew, eventually taking the lead.

However, it was never supposed to be this close. Boebert was expected to easily win reelection to Colorado's third congressional district, which skews heavily Republican. But Frisch, a former Aspen city councilman, made an underdog run against the controversial congresswoman.

Boebert has been labeled a conspiracy theorist, accused of calling Muslim congress members "jihad squad," and once heckled President Joe Biden during the State of the Union.

Frisch, who calls himself a moderate Democrat, says voters in the district were over what he calls Boebert's "angertainment."

"They wanted to see a representative that was focused on this district and not on flying all over the place, to Mar-a-Lago or Nashville or Alaska or wherever she might go," Frisch said. "I think people are sick and tired of this "angertainment" industry that her and Marjorie Taylor Greene are a part of."

As votes continue trickling in, giving Boebert the lead for now, the politician tweeted, "Winning."

For his part, Frisch posted, "Every vote matters," noting that many votes still remain to be counted from members of the military and Americans living overseas.