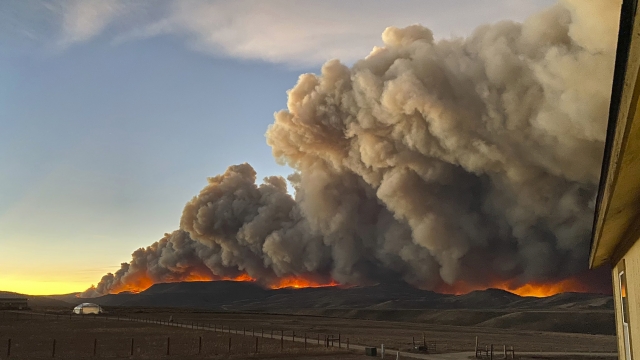 Snow and cold weather have helped slow down the East Troublesome Fire.

Crews in Colorado are dealing with a devastating wildfire season.

Mother Nature is giving some relief, because snow and cold weather have helped slow down the East Troublesome Fire that's burning in northern Colorado.

But thousands of people are still evacuated from their homes, with some mentally preparing to return to nothing.

O'Mara said her family lost their home in the fire, but many in the community have reached out to help.

The East Troublesome Fire has burned an area about the size of New York City and is only 15 percent contained.