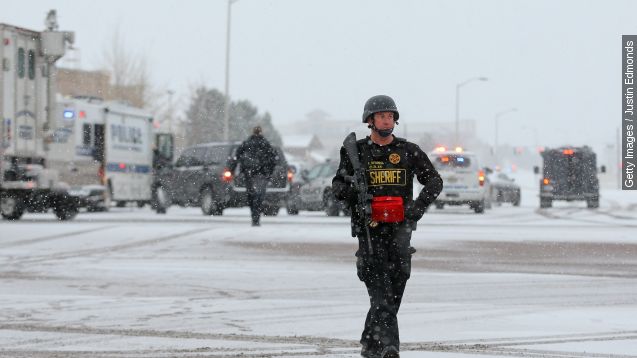 SMS
Colorado Clinic Shooting Victim Identified As 'Stay-At-Home Mother'
By Katie Link
By Katie Link
November 29, 2015
A gunman shot and killed three people at a Planned Parenthood in Colorado on Friday. One of the victims was a mother of two.
SHOW TRANSCRIPT

One of the victims in the shooting at a Colorado Springs Planned Parenthood clinic was 36-year-old mother Jennifer Markovksy.

According to The Denver Post, the mother of two was accompanying a friend to the clinic when the gunfire rang out. (Video via KKTV)

Her father told The Denver Post, "She was the most lovable person. So kind-hearted, just always there when I needed her. I couldn't believe it. I just messaged her Thursday to say Happy Thanksgiving."

The other two victims have been identified as 29-year-old Army veteran and father Ke'Arre Stewart and 44-year-old police officer and father Garrett Swasey.

The gunman, 57-year-old Robert Lewis Dear, surrendered hours after the shooting began and remains in custody.