Colombia's Presidential Election Moves To The Second Round 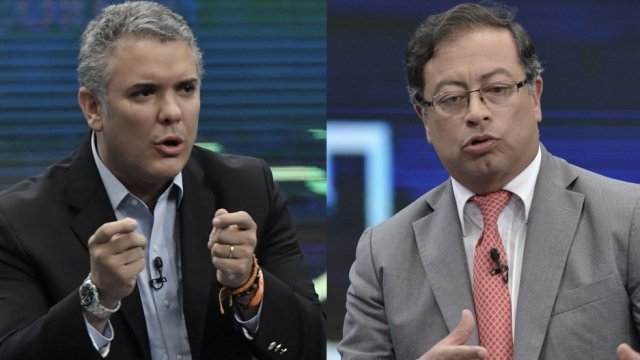 None of the candidates who ran in Colombia's presidential election received enough votes to win the race outright Sunday. So now, the election will head to a runoff.

Both candidates failed to win the required 50 percent of the vote to avoid a runoff. So Duque and Petro will face off next month.

The presidential election was the first since the government and the Revolutionary Armed Forces of Colombia reached a peace agreement, ending a decadeslong civil war.

And the two candidates have very different opinions on the deal — Petro says he supports it, but Duque openly opposes it.