Are Bowl Games Worth The Injury Risk For College Football Stars? 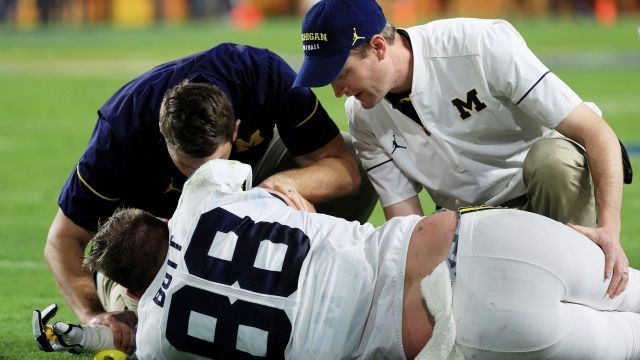 SMS
Are Bowl Games Worth The Injury Risk For College Football Stars?
By Grant Suneson
By Grant Suneson
December 31, 2016
The risk of a career-damaging injury is enough to keep some top NFL prospects off the field for their final college game.
SHOW TRANSCRIPT

College football bowl games can be fun for fans, but some players doubt if the risk of getting hurt is worth it.

Stanford's Christian McCaffrey and LSU's Leonard Fournette skipped their bowl games this year to prep for the NFL draft, and a ton of people debated if it was the right move.

"I don't have a problem with McCaffrey or Fournette saying, 'I'll play in the big game if I was in it and the regular season, but these bowl games are mostly a money grab, and I'm gonna protect it,'" Colin Cowherd said on Fox Sports 1's "The Herd."

"You're really backing out on your teammates, and you're not enhancing your draft status," Cris Carter said on Fox Sports 1's "The Herd." 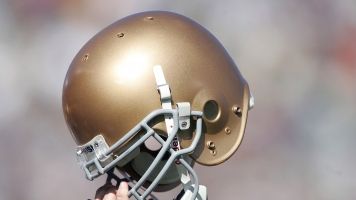 Just One Season Of Playing Football Changes A Child's Brain

But it's not like LSU and Stanford are playing for the championship. And in another example, the Orange Bowl showed in football, serious injury is always possible.

Michigan's Jake Butt is the country's top tight end and a projected first-round pick. During the game, he suffered a major knee injury that could take months to heal.

Knee injuries can be a worst-case scenario for football players. They're tough to recover from and can make players less attractive picks early in the draft. And, as we found out last season, that can cost NFL prospects millions of dollars.

"Jaylon Smith, projected to be a top-five pick, linebacker for Notre Dame, he tears his knee early in the game. He falls out of the top five into the second round, and it cost him roughly $20 million," Greg McElroy said on ESPN's SEC Nation.

Injuries like those aren't that common, but they're still common enough to make athletes think twice about playing one last game for free before turning pro.