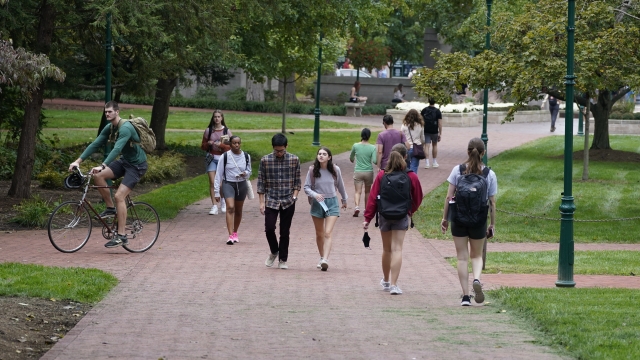 College enrollment is dropping and community colleges are seeing the biggest declines. That's according to the National Student Clearinghouse Research Center.

The report shows undergraduate enrollment fell more than 3% this year. Researchers say this is part of the largest 2-year enrollment drop in decades.

A previous report by the research center showed only 13% of college dropouts return within five years and even fewer graduate.

This as President Joe Biden's long-sought goal of free community college appears to be a victim of cost-cutting in his social spending plan, dealing a major blow to his vision for a historic expansion of educational opportunity to all Americans.

Advocates say the pandemic has taken a heavier toll on students at community colleges. Many juggle jobs, parenting and other responsibilities that took priority during the pandemic, and many were put on furlough or lost their jobs, putting tuition out of reach.