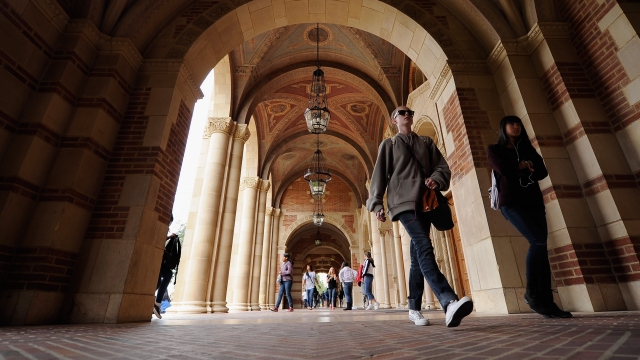 SMS
College Costs Are On The Rise, And Financial Aid Can't Keep Up
By Briana Koeneman
By Briana Koeneman
October 26, 2016
The prices haven't increased very much, but without enough financial aid, the small changes can make a big difference for students.
SHOW TRANSCRIPT

College tuition and other fees only got a little pricier than they were last year.

But those prices are still rising too fast for financial aid to keep up with.

According to a new report released this week by the College Board, the average "sticker price" for American college students went up between 2 and 4 percent for the 2016-2017 school year.

SEE MORE: The US Is Home To Many Of The Top Universities Around The World

That's the price tag a student gets before factoring in any loans, grants or tax credits.

After adjusting for inflation, those sticker prices rose slightly less than they did during the 2015-2016 school year.

But a second report says the amount students actually end up paying after financial aid and other adjustments went up significantly more.

One of the report's authors said in a press release, "These increases, combined with stagnant incomes for many families, raise concerns about ensuring educational opportunities for low- and moderate-income students."

According to the reports, financial aid and the average family income in the U.S. aren't rising fast enough to keep up with the cost of college.

But the amount of money undergraduate college students borrowed to pay for their education fell for the fifth year in a row, and graduate student borrowing also fell overall.

The Institute for College Access and Success reports seven out of 10 graduates from public and nonprofit colleges in 2015 have student loan debt.