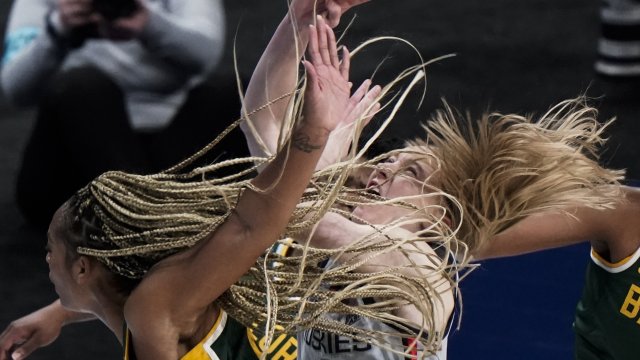 The Senate Commerce Committee held a hearing Thursday on NCAA student athletes and name, image, and likeness as well as basic health and safety standards for student athletes.

A federal law governing how college athletes can earn money off their fame and celebrity seems certain to pass — at some point.

"College sports has become a multi- billion-dollar business that has a financial monopoly over its commodified athletes," former track and field athlete at University of California Los Angeles told lawmakers.

"As a female athlete in the sport of track and field that has no professional American League, my window of opportunity to capitalize off my name, image and likeness during the peak time of my athletic career was completely stripped away."

There is no real debate among lawmakers on Capitol Hill about whether athletes should be permitted to monetize their name, image and likeness.

For some lawmakers, federal regulation of college sports should not end with NIL and the time is right to tackle other issues — from long-term health care and educational opportunities for athletes to more uniform and enforceable safety standards.