Colin Powell Says He's With Her 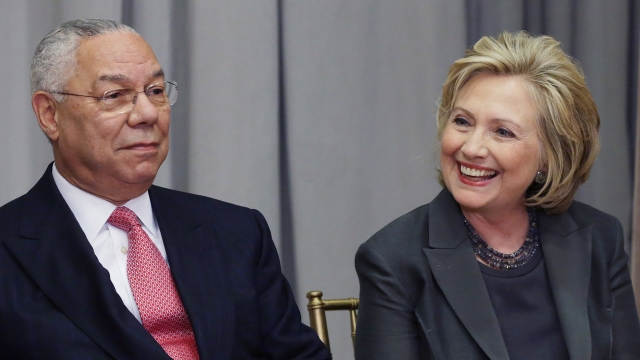 He made the announcement at a luncheon on Tuesday in New York.

Powell announced his support for fellow former Secretary of State Hillary Clinton at a luncheon in New York on Tuesday.

The Republican's decision may come as a surprise to people who read his leaked emails about Clinton and Donald Trump.

He seemed less than enthused about voting for either of the presidential candidates. He reportedly called Clinton "greedy" and said she "comes across as sleazy." He supposedly called Trump "a national disgrace."

In August, he told a reporter he felt Clinton's team had been "trying to pin" her email scandal on him.

But Powell appears to have had a change of heart. He reportedly praised Clinton on Tuesday while telling the crowd why he isn't voting for Trump.

Powell is the fourth George W. Bush Cabinet member to back Clinton.

He previously endorsed another Democrat — President Barack Obama — in 2008 and 2012.