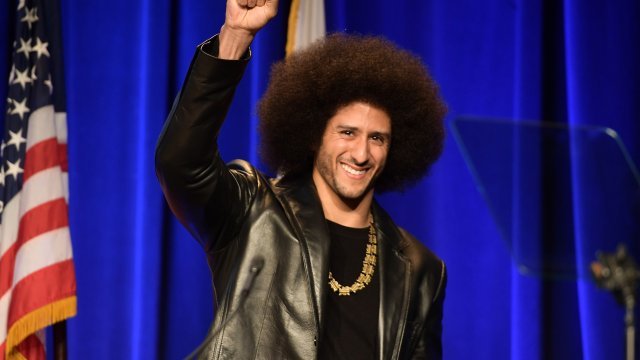 Amnesty International honored Kaepernick for his role in protesting police brutality against people of color.

Kaepernick began the NFL's "take a knee" national anthem demonstrations as a way of protesting policy brutality and racial inequality in the U.S.

The move by the former San Francisco 49er prompted discussions of racial inequality and freedom of speech, and spurred similar demonstrations by almost every other NFL team. It also drew opposition, including from President Donald Trump, and is widely speculated to have cost Kaepernick his job.

Kaepernick opted out of his 49ers contract for the 2017 season and is now a free agent.

The secretary general of Amnesty International said, "Colin Kaepernick chooses to speak out and inspire others despite the professional and personal risks." Past award recipients include Nelson Mandela and Malala Yousafzai.