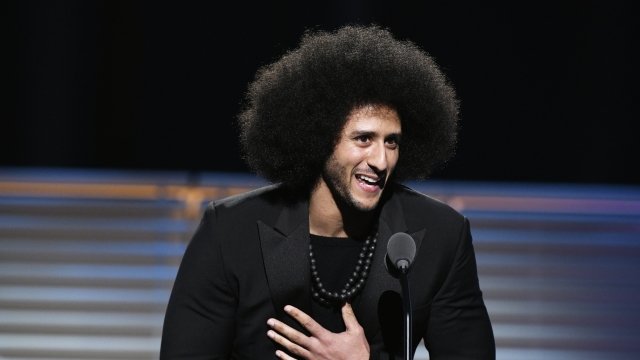 People are boycotting Nike after it chose the former NFL player to be one of the faces of its long-running "Just Do It" campaign.

Some people are boycotting Nike after the company chose former NFL player Colin Kaepernick to be one of the faces of its long-running "Just Do It" campaign.

The quarterback-turned-activist posted a teaser for the ad on Twitter Monday, with the caption "Believe in something. Even if it means sacrificing everything."

As of Tuesday morning, Nike had yet to officially announce its deal with Kaepernick. But sources told the Associated Press that the former San Francisco 49ers player will be featured across multiple media platforms and will also get his own Nike line of apparel.

Kaepernick hasn't played for an NFL team since the 2016 season. He's currently in a legal battle with the league and all 32 teams. He claims they colluded to keep him off every roster because of his protests during the national anthem.