Colin Kaepernick Might Give Up His National Anthem Protest 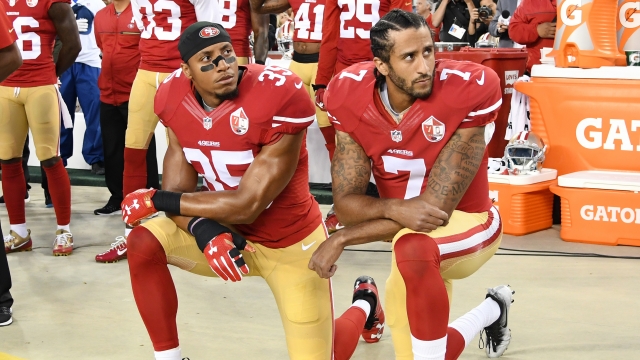 SMS
Colin Kaepernick Might Give Up His National Anthem Protest
By Briana Koeneman
By Briana Koeneman
March 3, 2017
Starting next season, the San Francisco 49ers quarterback will stand for the playing of the national anthem, according to ESPN.
SHOW TRANSCRIPT

NFL star Colin Kaepernick might be changing his stance on protesting the national anthem — literally.

ESPN reports starting next season, the San Francisco 49ers quarterback will stand when the song plays.

Kaepernick knelt during the anthem during the 2016 season to, as he said, protest social inequality in the U.S.

"This country stands for freedom, liberty, justice for all," Kaepernick told reporters, "and it's not happening for all right now." 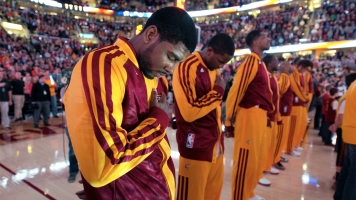 But sources told ESPN that Kaepernick thinks the protest has served its purpose and he doesn't want it to "detract from the positive change he believes has been created."

But critics say the move could have more to do with his career than his cause.

He's expected to opt out of his contract with the 49ers for free agency, so he might be looking for a new job soon.

As of Friday morning, Kaepernick hadn't made an official comment on the end of his protest.