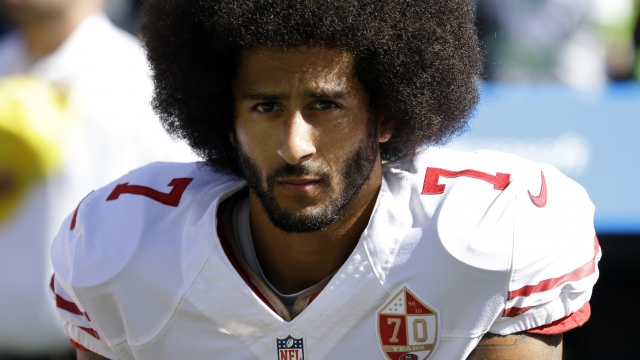 Civil rights activist and former San Francisco 49ers quarterback Colin Kaepernick will become the only non-White board member at Medium, a blogging platform.

Medium announced Thursday Kaepernick is joining the company's board of directors. He, along with his new publishing company, will "create and feature stories focused on race and civil rights in America" and "elevate emerging voices from communities of color."

The former QB famously knelt during the national anthem back in 2016 to protest police brutality and racism. He he hasn't played in the NFL in three and a half years. League commissioner Roger Goodell recently apologized for not supporting those protests. In an interview with ESPN Monday, he said he welcomed Kaepernick's efforts off the field if he wanted to join discussions about social issues and help guide the the league on how they can "make better decisions." He also encouraged teams to sign Kaepernick.

"If he wants to resume his career in the NFL, then obviously it's going to take a team to make that decision, but I welcome and support a club making that decision and encourage them to do that," Goodell said.

On Wednesday, Los Angeles Chargers Coach Anthony Lynn told reporters the team is looking at including Kaepernick on its "workout list" and could sign him as a free agent.