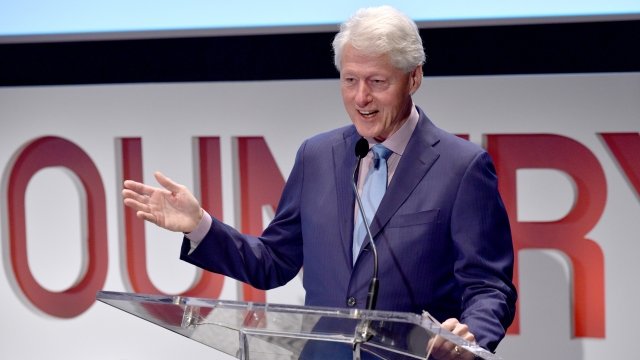 SMS
Clinton Says NBC Interview About Lewinsky Wasn't His 'Finest Hour'
By Katherine Biek
By Katherine Biek
June 6, 2018
Bill Clinton previously told NBC that he didn't feel he owed Monica Lewinsky an apology for the scandal involving her during his presidency.
SHOW TRANSCRIPT

Let's back up a second. In an interview that aired Monday on NBC, Clinton defended himself against criticism of his affair with Lewinsky and said he didn't feel he owed her an apology.

Clinton noted that he made a public apology in 1998. He also admitted he's never privately apologized to the former White House intern.

On Tuesday, Clinton got a bit of a do-over while on "The Late Show with Stephen Colbert."

Clinton said he was mad at himself after watching the NBC interview and that he meant his apology to Lewinsky back then and still does today. But he did place some of the blame on NBC, saying the network "distilled" the interview.

As of Wednesday morning, Lewinsky has not commented directly on Clinton's interview. But she tweeted Monday that she was "grateful to the myriad people who have helped me evolve + gain perspective in the past 20 years."