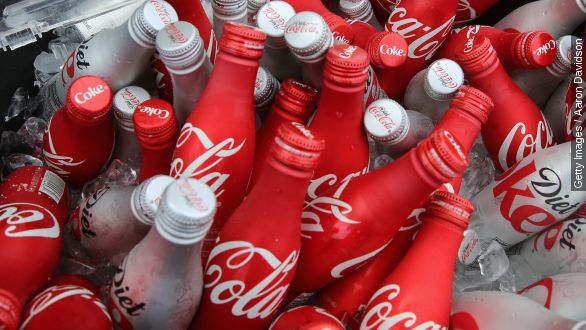 Soft drinks have been on the decline for 10 years now, which means the Coca-Cola Co., like many industry giants, is working to adjust to changes — specifically with its consumers who are drinking less soda. But hopefully for Coke, this latest earnings report could be a sign the 128-year-old brand is doing something right.

For the first time in 9 quarters, Coke reported a 1 percent increase in global net revenue, which was aided by a 6 percent increase in revenue in North America. More specifically, almost all of Coke's brands grew this quarter. The Coca-Cola brand grew 1 percent, Coke Zero grew 5 percent, Sprite grew 4 percent and Fanta grew 3 percent. The only key brand to decline was Diet Coke, which fell by 6 percent.

This is good news for a company that, over the past few years, has implemented multiple strategies to offset the modern consumers' change in taste.

That includes diversifying the Coca Cola brand to include more than just classic Coke. In February of 2014, Coca-Cola bought a 10 percent stake in Keurig Green Mountain, which has since been increased to 16 percent, making Coke Keurig's largest shareholder.

Coke also has plans to cut $3 billion worth of spending by 2019. Its long-term plan involves streamlining the company's global supply chain and implementing zero-based budgeting, a budgeting strategy based on future needs rather than past expenses. And in the beginning of 2015, Coke raised the retail prices of its products by 4 percent.

Despite these new efforts and the positive earnings report, Coke is still trailing its arch rival PepsiCo in revenue — and by a pretty hefty margin. Coke brought in $46 billion in 2013, while Pepsi's revenue topped $66 billion.