Cohn Will Stick Around After Helping Pass Tax Reform 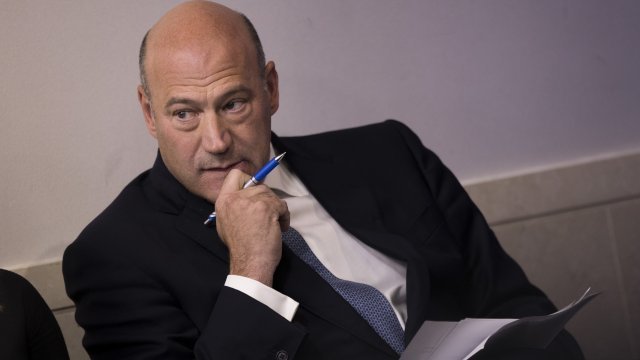 SMS
Cohn Will Stick Around After Helping Pass Tax Reform
By Cristina Mutchler
By Cristina Mutchler
December 20, 2017
Despite speculation that he would leave, White House chief economic adviser Gary Cohn has announced he'll stay in the Trump administration.
SHOW TRANSCRIPT

He was key to getting the tax reform bill passed, and now he says he's staying in the Trump administration.

Cohn was rumored to be leaving his post after completing the tax overhaul.

He was also dropped as a potential candidate for Federal Reserve chairman after openly disagreeing with President Donald Trump on the response to racial violence in Charlottesville, Virginia, earlier this year.

As far as Cohn's future in the White House, the director of the National Economic Council told media outlets Wednesday he's looking forward to working on welfare system reform and passing an infrastructure bill.