Michael Cohen To Testify Before House Intelligence Committee Next Week 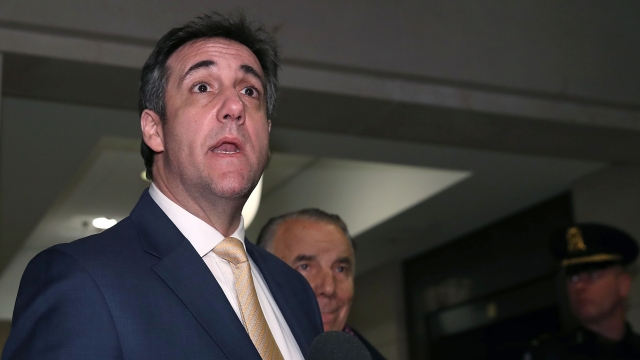 Michael Cohen will return to Capitol Hill next week to testify before Congress yet again.

President Donald Trump's former lawyer made the announcement after wrapping up his testimony with the House Intelligence Committee on Thursday. The committee's chairman Adam Schiff said Cohen's closed-door meeting will take place March 6.

Schiff added that Felix Sater, a former associate of the president who worked to build a Trump Tower in Russia, will also testify before the panel on March 14.

Cohen was sentenced to three years in prison last year for several crimes, including lying to Congress. Cohen reportedly apologized for lying to Congress during a closed-door meeting with the Senate Intelligence Committee Tuesday. He testified publicly before the House Oversight Committee the next day.

Following Wednesday's hearing, two Republican members on the House Oversight Committee asked the Justice Department to investigate if Cohen "committed perjury and knowingly made false statements" during his testimony. They say they want the DOJ to look into some of Cohen's claims, including that he didn't want a White House job after President Trump was elected, as well as his denial of committing bank fraud.

Cohen is set to begin his sentence in May.